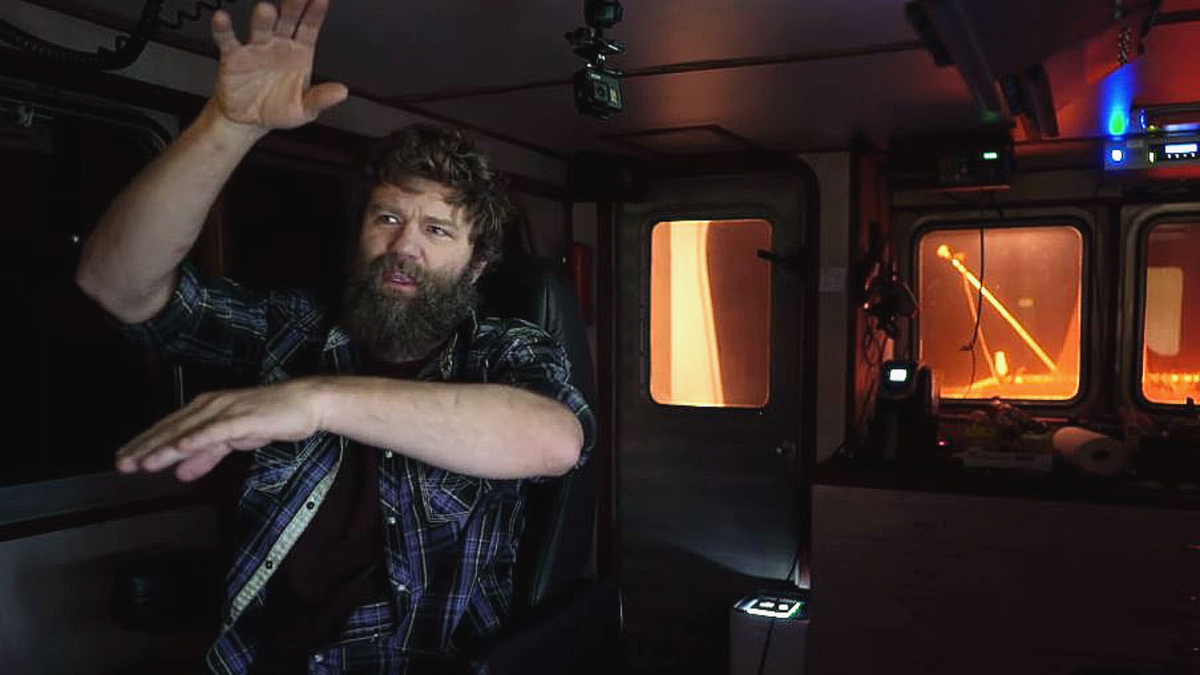 On tonight’s bracing and risky Deadliest Catch for Discovery, we are aboard the Lady Alaska riding shotgun with captain Scott Campbell Jr., otherwise known as “Junior.”

What we have is a real-time scary situation unfolding in TV Shows Ace exclusive clip.

Junior is presented with an at-sea transfer.

Sounds like fun, except that he can lose his boat Lady Alaska and possibly everyone’s lives from sinking in a collision. There are maritime protocols and rules that captains need to abide by to ensure crew safety. This is all part of a person’s education when becoming a licensed boat captain.

The transfer is a mesmerizing and frightening ballet of maneuvering and communication, watch to see how Junior manages it all on the episode tonight.

The frigid seawater has destroyed Junior’s hydraulic motors, which is why he is attempting a risky high seas delivery of three new motors.

Junior open the clip as he is receiving radioed information, and explaining the challenge at hand to us.

He says: “We’re going to do an at-sea transfer…basically we’re going to get both boats going the same direction at the same speed and we’re gonna kind of be doing a little bit of this [uses hands to show the up and down of the swells and the boat heights] and then he’s gonna swing a salt bag over with the parts, and all the other stuff that we need. [Then] drop it on our deck and then he’s going to swing his crane out of the way.”

Ideally. And in the perfect scenario.

Narrator Mike Rowe explains the challenge: “Junior must maintain a mere 20-foot range to complete the transfer risking a collision or worse…capsize.”

What happens is that the pay being transferred is swinging high in the ar as the two captains try to keep from colliding into each other. It’s not resolved what happens in the preview so you must tune in tonight to see the outcome.

Southern Wind captain Harley Davidson and his crew are at loggerheads over his questionable fishing strategy. Harley has been in hot water this entire season with fans who do not approve of his spying techniques and end-running of fishing grounds around the fleet.

But please watch as Junior really earns his paycheck tonight: