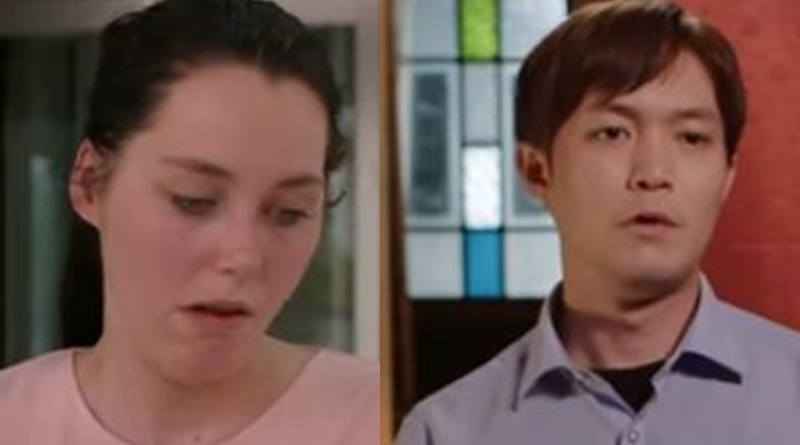 90 Day Fiance fans met Deavan and Jihoon in the first season of the show. Extremely popular back then, many fans sounded delighted when they heard the couple would return. But in Season 2, they lose a lot of popularity. Even Jihoon, who fans previously adored, gets hated these days.

We reported in July last year, that Deavan and Jihoon got fans raving with approval when Jihoon prepared his engagement proposal. Back then, Jihoon visited Deavan in the USA. Out for dinner, Deavan went off to the bathroom and in her absence, he enlisted the help of the waiter. When she returned she discovered a ring inside a ginger ale.

Fans thought the 90 Day Fiance suitor very sweet. At the time, both of them quickly racked up a lot of fans who described them as their favorites. However, Season 2 brings a very different reaction from TLC fans. In fact, we also noted at the end of July that Jihoon literally cleaned out his Instagram account because of all the hate from critics.

Deavan’s mum spoke about it explaining that reality TV brings a lot of stress. Social media becomes a” barrage of both love and extreme hate.” Extreme hate for Jihoon is certainly something nobody could predict this time last year. Screenrant reported a little bit about all marriage problems that currently produces many hateful remarks.

In the new season of 90 Day Fiance, fans grow angry with Jihoon for a number of reasons. He’s “constantly lying about his inability to save money and depends on his parents” who tend to baby him. TLC fans also grew irritated with Priscilla, the undisciplined child Deavan produced in a previous relationship. The new season also shows Elicia, Deavan’s mom a lot. Clearly she’s down on Jihoon in a big way, as well.

Deavan also gets a lot of hate this season

Increasingly, Deavan also gets a lot of hate these days. She seems very demanding and always makes it about her. Plus, she still allows Drascilla to run completely wild. On Twitter, one fan wrote, “Drusilla needs some discipline how is it jihoon fault. Deavan and her mom [were] there too plus a whole bunch of producers. your telling me you couldn’t watch her.”

One person said, “I hate [the way] deavan and her mum [stress] Jihoon lol they are really just reducing him to tears every episode.” Another 90 Day Fiance fan really slammed Deavan, saying, “deavan needs to learn to control her crotch goblin. good lord that kid is so bad..”

Devan acts entitled on 90 Day fiance: The Other Way

Here’s a comment that generally reflects why people can’t stand Deavan: “Why is Deavan so [entitled?’ She feels like because she got knocked up she owns Jihoon. All she does is b-tch, if she’s so worried about money why doesn’t she work as well. Jihoon should’ve moved to the states so he’s protected by the 13th amendment..”

Deavan needs to take half of the responsibility and mistake. It’s not all Jihoon’s fault. She went to a diff country and had sex with a guy she couldn’t communicate with & gets pregnant and then moves 2 S Korea and expects a lavish apartment. #90dayfiancetheotherway

What do you think about the 90 Day Fiance couple plummeting in popularity? Sound off in the comments below.