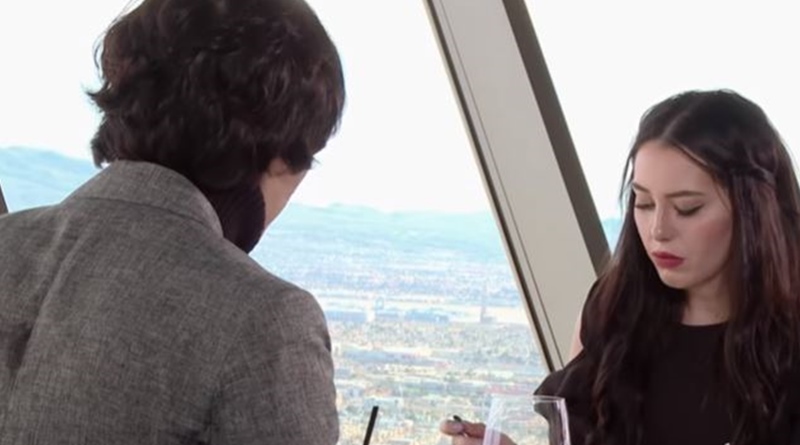 90 Day Fiance: The Other Way features Deavan from the USA and her man from Korea, Jihoon. Lots of people enjoy that the couple is cute together. However, most people disapprove of the way her daughter Drascilla goes undisciplined. However, in the most recent episode, the TLC show put Drascilla aside for a bit and showed Jihoon preparing for his engagement proposal. Over on Twitter, so many people were critical of Deavan, but on IG, fans raved about it.

During the show, followers saw Deavan regretting getting pregnant in a long-distance relationship. She noted that’s hard because the one partner’s so far away. In fact, poor Jihonn needed to leave to go back to Korea, and he started apologizing for that. This, despite the fact he needed to return home to earn money to support her, the baby, and Drascilla.

Feeling a bit sorry for herself, Deavan took herself off to the ‘bathroom.’ While absent from the table, Jihoon revealed he had a “surprise” for Deavan. It turned out he’d bought an engagement ring. Calling over the server, he asked for ginger ale. Possibly, because it’s not likely Deavan’s drinking while pregnant. In fact, he also enlisted the help of the server, asking her to place the ring in Deavan’s drink. Well, of course, it turned out Deavan was delighted. Mind you, some fans on Twitter wondered how come the proposal came in the same establishment as Larissa and Colt’s engagement on 90 Day Fiance.

IG Fans react, rave about Deavan’s ring and the scenario

While Twitter tends to bring more critics than love to couples on the TLC franchise, on IG fans often genuinely love their favorites. Deavan took to her Instagram to share a photo of the ring soon after the episode ended. She captioned it with, “Happy engagement day,” and tagged Jihoon. 90 Day Fiance fans instantly reacted to the scene and the ring, and most of them raved about it. Here’s what some of them said about it:

What did you think of the episode where Jihoon proposed to Deavan? Did you think it the cutest and best episode like so many fans who rave about it on IG? Sound off your thoughts in the comments below.

‘LPBW:’ Wait! Does Jackson Roloff Have A Speech Problem?
Todd Chrisley Gone Too Far? Fan Asks Who Died & Made Him Righteous
Khloe Kardashian Facing Backlash As Fans Accuse Her Of ‘Blackfishing’
Braunwyn Windham-Burke Betrayed By Andy Cohen For ‘RHOC’ Firing?!
Jinger Duggar Admits She ‘Struggled’ With Her Family’s Religious Beliefs