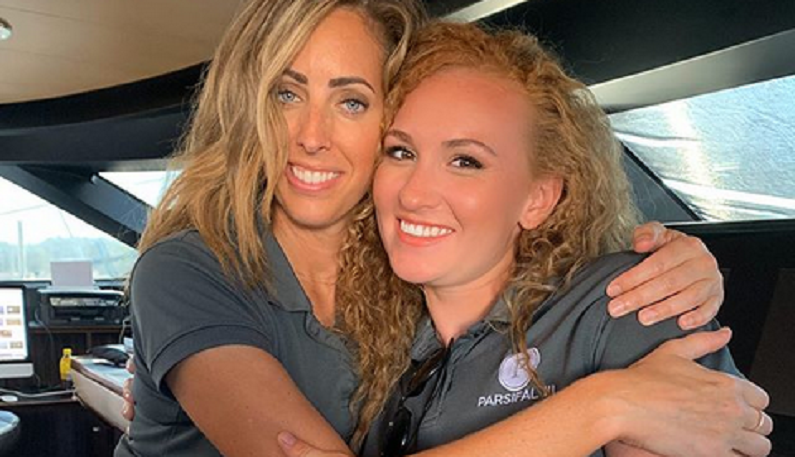 The crew members from Below Deck Sailing Yacht threw shade at Below Deck Mediterranean star Malia White. This comes amid the backlash she received over the Valium controversy. First, it all started when Malia wanted to change cabins so her boyfriend Tom Checketts could room with her. Tom replaced chef Hindrigo “Kiko” Lorran.

In order for Malia to bunk with Tom, Hannah Ferrier would have to bunk with second stew Bugsy Drake. However, the two ladies don’t get along too well. The bosun and the chief stew got into a heated argument. Malia told Captain Sandy Yawn that she wasn’t happy with the arrangements. She also sent the captain a photo of the contents inside of Hannah’s handbag, which included CBD and Valium.

Now, two of the stars from Below Deck Sailing Yacht are coming to Hannah’s defense.

Ciara Duggan from Below Deck Sailing Yacht shared her experience working in the yachting industry with now fiance, first mate Paget Berry. The couple shared a cabin on Season 1 of the show. However, Ciara says that cabin arrangements don’t always work to your advantage. While they had to sleep separately, they still survived.

“Fun fact: Paget and I have just spent the last 6 months working on a yacht on which we couldn’t share a cabin,” she wrote before adding, “As First Mate and Chief Stew we survived.”

Below Deck Sailing Yacht chief stew Jenna MacGillivray got heat for her relationship with chef Adam Glick. But she never forced her crew members to change cabins. She responded to Ciara’s tweets to share her own thoughts.

“In my 8 years of yachting, typically for cabin arrangements no one makes demands, you need to be easy going but also, couples don’t take priority if it means making others uncomfortable,” she wrote.

Ciara remarked that she couldn’t imagine forcing cabin arrangements on her crew members.

“Omg I couldn’t imagine making everyone move so that @BerryPaget and I can share a cabin just because we’re a couple,” Ciara responded. “ESPECIALLY if we didn’t join the boat together! We’ve done plenty of stints not sharing a cabin even on Parsifal. It’s just not a big deal.”

Then Jenna shared a similar experience when she worked with a boyfriend on a yacht. The couple worked together for three years and they didn’t share a cabin during that time. While everyone had to be okay with a couple on board, they didn’t have to make arrangements for them.

While these ladies didn’t mention Malia White’s name, they clearly didn’t agree with what she did to her crew members. It’s obvious that they feel she’s in the wrong for the cabin drama.