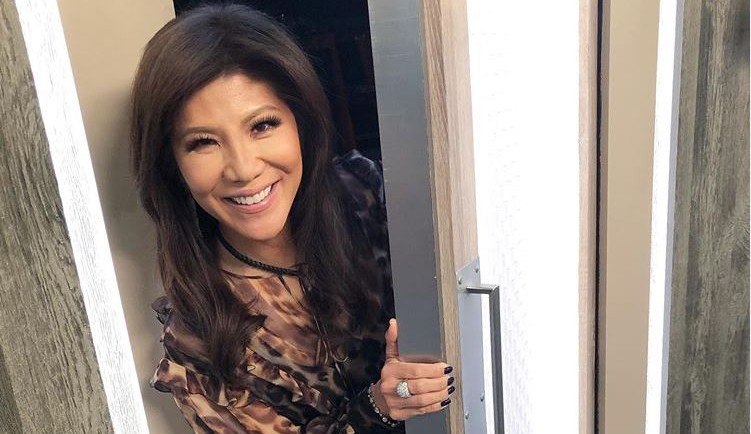 Julie Chen Moonves left fans very confused by a live message she shared Thursday night. Just before signing off on Big Brother, Julie had an interesting message for viewers. She actually brought up the Golden Rule. So what does it mean? Why would she sign off with this message?

Julie reminded everyone about the Golden Rule

Thursday night she concluded the night with a cryptic message that many are left confused about. US Weekly shared all the details about her message.  Julie said, “From outside the Big Brother house, I’m Julie Chen-Moonves and remember the golden rule.” She continued, “Do unto others as you would have them do unto you. Goodnight.”

Julie confused many with her comments. In all of Big Brother history she’s never said this phrase before. And, fans took notice. Many commented on social media about the reminder from Julie. One fan said, “Why is Julie Chen Moonves so aggressively telling us the golden rule?” They continued, “She scared the s–t outta me #BB22.”

It's the first Eviction of the Season, Double Tap if you're ready for #BB22!

What was her message about?

Many believe she was referencing all the drama surrounding Ellen DeGeneres. Another Twitter user said, “Everyone that is confused by Julie’s comments at the end of the episode. She was throwing shade at Ellen Degeneres. #BB22.”

Last week she had mentioned something along the lines of being kind to one another. Are the two statements related?

Of course, all of the Twitter answers were simply speculation. Julie actually spoke out Friday to let everyone in on what the message meant.

#BBKeesha or #BBKevin: Who will be the first All-Star to leave the #BB22 house tonight?! Make your predictions below. ⬇️

Entertainment Weekly caught up with the longtime host and asked her what inspired her signoff. Julie said it had nothing to do with the Big Brother game. She said, “I feel fortunate that the network and the producers have been so supportive in letting me put my own personal messaging at the end of our live shows.”

She also addressed why Keesha was wearing a mask and she wasn’t. Of course, by now everyone knows Keesha was the first eviction of the season. Julie said, “While we are fortunate to have been able to find a way to offer Big Brother fans a much-needed break from all that is happening in our beloved country, we have taken many measures to keep everyone as safe as possible during these challenging times, including regular COVID-19 testing and requiring all personnel to wear masks. (Of course, I have to remove mine when talking on TV, but we mitigate that risk with social distancing.)”

Finally, she got to the reason behind her sharing the Golden Rule. She said, “Last night, I mentioned the Golden Rule because I believe that of EVERYONE followed that principle we’d ALL be better off as a society, as a nation, as a world. I chose to close with those words because Black Lives Matter and now is the time to speak up. If the number of Black lives that have been taken happened to people of your heritage, you would be saying (fill-in-the-blank) Lives Matter! It’s my faith in God that is getting me through these uncertain times. We CAN be better. Why not try? It can’t hurt. It can only help. Most of all, it’ll help the person who rises to the occasion.”

What do you think about Julie’s cryptic message? Do you agree with her?