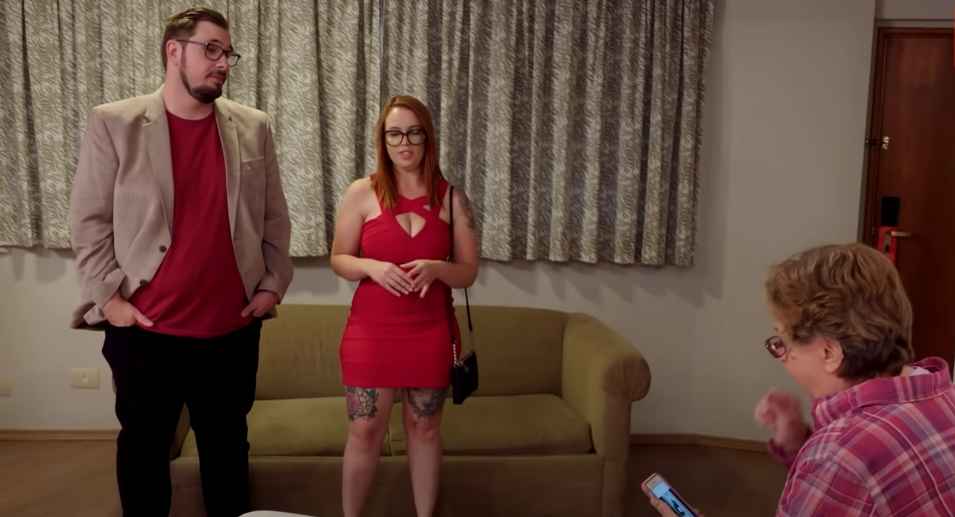 Let’s face it, 90 Day Fiance star Colt Johnson is a mommy’s boy. Debbie can’t help herself, constantly interfering in his love life. This is especially so with Colt’s latest Brazilian girlfriend, Jess Caroline. Debbie caused a fight between Colt and Jess in last week’s episode by revealing her son’s friend, Vanessa, was caring for their cats. In a sneak peek from Sunday’s episode of 90 Day Fiance: Happily Ever After? we see Debbie calling out Jess for her over-the-top reaction to the news.

Last week fans saw Colt and Jess entering Debbie’s hotel room in Brazil. Debbie comments on how lovely they both look, as they are about to go out on the town. Jess very sweetly invites Debbie to join them. However, Colt’s mom has other plans. She looks at her phone and tells Colt that Jess has texted to say the cats are doing well. She even asked Colt if he would like to watch a video of Izzy the cat.

Jess’s reaction was pure shock at the realization that the 90 Day Fiance star has lied to her again. He is obviously still in touch with his “friend” Vanessa, which causes Jess to be overly jealous.

Obviously, Debbie had planned to irritate Jess, but even she was surprised at Jess’s reaction to the news. The Brazilian beauty starts yelling at Colt, telling him he is a liar and throwing her shoe at him. She even went on to say she was heading to her ex-boyfriend’s home and would sleep with him. In fact, Jess accused Colt of being “trash.”

Colt did take some of the blame for the fight, admitting he had lied to Jess, telling her he wasn’t speaking to Vanessa. He even went so far as to admit he and Vanessa had been intimate with each other once. However, the TLC reality star swears they are now just good friends.

👠…and that's for talking to Vanessa #90DayFiance pic.twitter.com/vrzQfMbnnu

Looking ahead to Sunday’s episode of 90 Day Fiance, an exclusive sneak peek clip released by E! News shows Colt and Jess sitting holding hands in the car. It seems they have made up following the drama. However, Debbie is sitting in the back seat and can’t keep her mouth shut. She wants to engage with Jess about the troubling incident.

Debbie says, “OK, we need to talk about last night. It was not OK. You hurt Colt.” Jess responds, saying Colt had hurt her first by lying to her. Despite this, Debbie keeps on trying to defend Colt. She tells Jess that Colt didn’t exactly lie, he just didn’t tell her everything. Jess obviously feels that lying by omission is still lying. The TLC reality star says she had texted Vanessa to find out the truth. Vanessa responded, saying she and Colt talk every day.

Colt’s mom shoots back at Jess, asking what she said to Vanessa. Did she call her a b**ch, as she did her? Debbie accused Jess of cussing at her. Jess calmly points out that she didn’t curse at Debbie. It was Vanessa that she was calling a “b**ch,” and she repeated that statement.

Colt then tries to calm the storm between Debbie and Jess in an effort to reduce tension in the car. He says he thinks everyone “just misunderstands each other and just assumes the worst.” The 90 Day Fiance star said this is because they don’t know each other. Colt tells Jess when she comes to Vegas, she can meet Vanessa and they can all have a drink.

This doesn’t help, as Jess is still obviously jealous over Vanessa and makes it clear she doesn’t want to meet her.

Keep up with the drama on 90 Day Fiancé: Happily Ever After? on Sunday at 8 pm ET/PT on TLC. Watch the sneak peek teaser video on the E! News website. Catch up on the original fight in the video below.