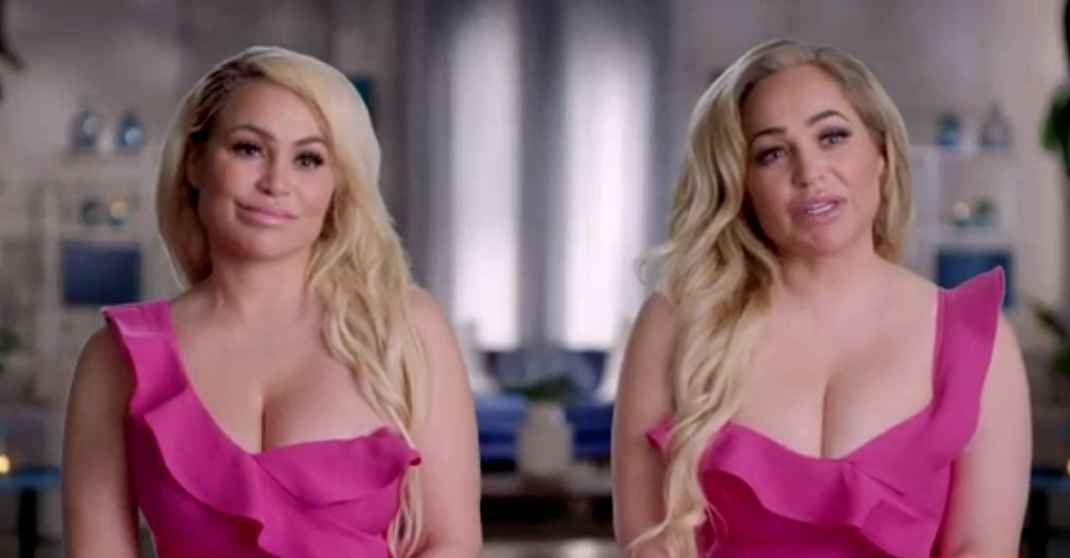 Fans are already excited for the 90 Day Fiance spinoff, Darcey & Stacey to premiere on TLC. As more sneak peeks come out for the debut episode, Darcey is obviously concerned. She has found photographic evidence of her sister’s fiancé, Florian, cheating with another woman. Read on to find out more about the first episode of Darcey & Stacey, set to air on August 16.

As a fan-favorite on 90 Day Fiance, Darcey Silva won her own TLC spinoff show, Darcey & Stacey. As we know, Darcey is still trying to recover from her breakup with her British beau, Tom, but is still looking for love. Meanwhile, her twin sister, Stacey, is celebrating her engagement to her Albanian love, Florian.

E! News released an exclusive sneak peek from Sunday’s premiere episode. It shows that Darcey has evidence that her sister’s fiancé isn’t what he stacks up to be. She goes on to show their dad, Mike, some incriminating images of Florian with another woman.

In the clip, Darcey can be seen talking to Mike, letting him know there is something she needs to tell him about Florian. The 90 Day Fiance alum tells her dad there are photos online of Florian with another girl. Florian had apparently said it was “nothing,” but Darcey tells her dad that the photos look a “little sketchy” to her.

In the images, which can be seen in the sneak peek on the E!News website, one photo shows a woman kissing Florian’s cheek. In other images, Florian seems to have lost his shirt somewhere, while hanging out provocatively with a mysterious girl who is certainly not Stacey.

Darcey believes Florian is out for a visa

In a confessional on Darcey & Stacey, Darcey can be heard saying a little part of her believes that Florian is using her sister to get the visa. However, she adds that she feels Stacey is “blinded by the love.”

Her father’s response surprises Darcey. Mike says he isn’t ready to condemn Stacey’s fiancé yet. he points out that Darcey doesn’t know the “whole story.”

What is Darcey & Stacey about?

The new 90 Day Fiance spinoff will follow the lives of Darcey and Stacey in their quest for true love. Darcey is getting upfront and personal with a new hunk from Bulgaria, while Stacey gets ready to marry her Albanian love, Florian.

TLC’s synopsis for Darcey & Stacey reads, “From their hair extensions and nails to their eye-catching fashions, Darcey and Stacey are as over-the-top in their style as their joint determination to find international love.” The description continues by pointing out that both twins are “relatable as great mothers, devoted sisters and fabulous women in their 40s yearning for stable, long-lasting love.”

During the first season of the TLC reality show, fans will get to meet the rest of the Silva family. This will include their dad, Mike, who has bought the twins a lovely home. It will also feature their mother, Nancy, and Darcey’s teenage daughters, Aniko and Aspen.

Catch the premiere episode of Darcey & Stacey on TLC on Sunday, August 16 at 10 pm.