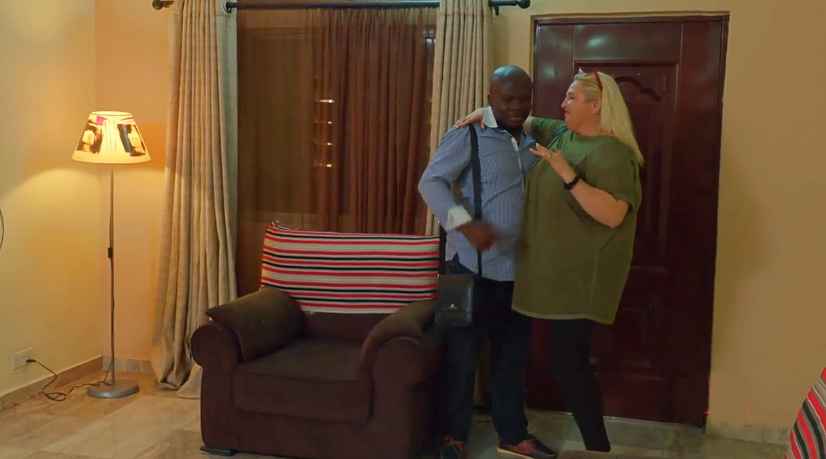 90 Day Fiance: Happily Ever After? star Angela Deem has opened up about the importance of researching your partner’s culture. This is due to the fact she and Michael Ilesanmi have a number of differences. Not only is there a significant age-gap between them, but they also live in different countries. In a recent interview with Fox News, Angela says their love keeps them connected, even with the difficulties they face.

Fans of the TLC reality show have seen the struggles being faced by pregnant Ariela and her love Biniyam in Ethiopia. Even more so, 90 Day Fiance: The Other Way star Brittany is struggling to accept the culture of Yazan’s home country of Jordan, with him giving her an ultimatum to convert to Islam.

In the case of Angela Deem and Michael Ilesanmi, they already have a major age difference. On top of this, Angela has to get used to living in Nigeria, which is in every way different to her home in America. In an exclusive interview with Fox News, Angela opens up about her love for Michael, accepting his culture and getting on with his family.

You only live once, but if you do it right, once is enough. Love my okomi 😘🤗❤ Happy New Month everyone 🤗🙏 #staysafe #teamangelamichael #happyeverafter

Angela says the best way to handle the situation is to do some research on your partner’s culture. She says that if she and Michael didn’t truly love each other, they probably wouldn’t be together right now. The TLC reality star says “only love can keep you together when you don’t understand each other.” That can be tricky, as the relationship can teeter on the edge if something goes wrong.

Angela, 54, explains that Michael, 32, doesn’t understand some of her American cultures. With the relationship being a long-distance one like theirs, it has been very hard. However, she says she and Michael never give up, adding that they are “very blessed.”

Angela’s move to Nigeria to be with Michael

On the current season of 90 Day Fiance: Happily Ever After, Angela has moved to Nigeria to be with Michael and his family. She says on previous visits, it wasn’t comfortable for her. However, the third visit is the charm, as she now feels very comfortable in the African country.

Angela does admit she isn’t completely comfortable with the way they have to live. However, Michael does find a cute apartment that she approves of, except for the rock hard bed!

Despite their problems, Angela feels like it is already her family. Admittedly, the American woman does butt heads with Michael’s mother, as she is “an outspoken woman.” Still, she adds that when she does so, she is respectful towards his mother. Moreover, she feels it is important they know that she is a “firm woman.”

Keep up with Angela and Michael’s story on 90 Day Fiance: Happily Ever After? on Sundays at 8 pm EST on TLC.