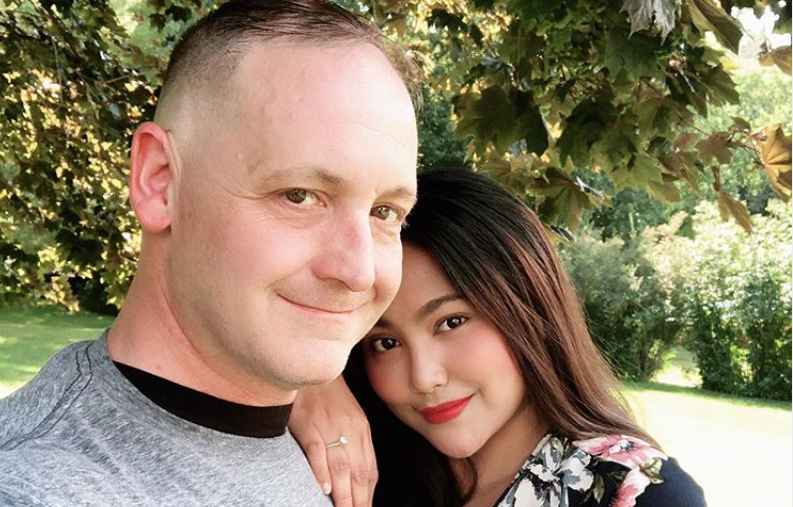 90 Day Fiance fans were first introduced to Leida Margaretha and Eric Rosenbrook during Season 6. The couple has been through much notoriety on the TLC reality show. However, Eric and Leida have taken a major step in life. They have finally bought a house together. According to Leida, after constantly busting their a**es and working very hard, they have reaped their reward.

On August 11, Leida Margaretha, 31, hit Instagram to share a life update with a message to fans. The post displays an image of the smiling couple. Leida captions the post to write they have been together for four years. She continues by writing that she and Eric have been “legally married in [the] United States for two years.”

According to Leida, they have been constantly busting their a**es. She and Eric have both been working hard every day. Meanwhile, this was as the 90 Day Fiance stars were “facing trials and tribulations in life.” However, she is happy to note that they have finally reaped their reward by buying a house together.

“Victory comes in defending what we know is right while we still live.” — Alfred Pennyworth . . We’ve been together for 4 years. We’ve been legally married in United States for 2 years. After constant busting our asses and working very hard everyday, along with facing trials and tribulations in life, we have reaped our reward. We bought a house. #PRAISETHELORD . . This is why I haven’t been posting anything lately. Have been busy with moving, work, and getting my dear husband a new ride since he deserves it. God is good, all the time. And, all the time, God is good. #HARDWORKPAYSOFF #WECANDOIT #WEDOITTOGETHER #RELATIONSHIPGOALS #COUPLEGOALS #REALCOUPLE #REALLIFE #FREEDOM #CONSERVATIVEFORLIFE #CONSERVATIVECOUPLE #CONSERVATIVEVALUES #LIBERTY #AMERICAISGREAT #MAGA #KEEPAMERICAGREAT #GRATEFUL #GODISGOOD . . P. S. : DO NOT BRING YOUR NEGATIVE VIBES ON MY PAGE! BE POSITIVE OR BE GONE!

Leida prefixed her caption by quoting fictional character Alfred Pennyworth’s words. She wrote, “Victory comes in defending what we know is right while we still live.” Leida added a postscript telling followers to not bring their negative vibes to her page. She told them to “be positive or be gone!”

Eric and Leida have been busy

The TLC reality star explains why she hasn’t posted much on social media in recent weeks. Leida writes that she has been busy with moving and work. It turns out they have also been getting Eric a new car, which he deserves. Leida explains that “God is good, all the time. And, all the time, God is good.”

The couple had a long-distance relationship before Leida relocated from Indonesia to America. They initially met when Eric posted a personal ad. They started video chatting and Eric eventually flew from Wisconsin to Indonesia to meet Leida. Due to the strong chemistry and instant connection between them, he proposed 48 hours after meeting her face to face.

This country has been giving me so many opportunities. This country is great. #AMERICAISGREAT I can still keep my career while I can keep doing what I like to do as a hobby. I can still be a proud clinician and still be artistic and crafty by doing cosplay. I’ve almost finished my one year of residency and it’s been a great journey so far. I can’t wait for the final step and prepare my self for the state license exam next year! #FREEDOM #CONSERVATIVEFORLIFE #CONSERVATIVEVALUES #LIBERTY #MAGA #KEEPAMERICAGREAT . . P. S. : Only positive comments are allowed. Negative comments will be deleted and you’ll be blocked. P. P. S. : Like seriously, this is my page, you either be nice to me or be GONE! #DOITPROPER

In another post on Instagram, Leida says how the country has given her so many opportunities. In a post made on August 10, she notes that she can keep her career while doing what she likes to do as a hobby. She dubs herself a “proud clinician” that can still be “artistic and crafty by doing cosplay.”

Eric and Leida are fully committed to their relationship. However, Eric does have three children from a former marriage. His daughter Alari Stark (previously Tasha Rosenbrook) caused tensions right from the start.

At that time, Leida explained that she did it because she had to. She said she has nothing against Alari. Leida explained how much it broke her heart to see the family that way. This is especially as she knows her husband is truly caring and loves his children. They reunited as Leida and Alari share the same hobbies, talents and interests. Moreover, Leida said they just need to keep supporting each other as a family.

Let’s wish Eric and Leida a wonderful life in their new house and a happy future together.