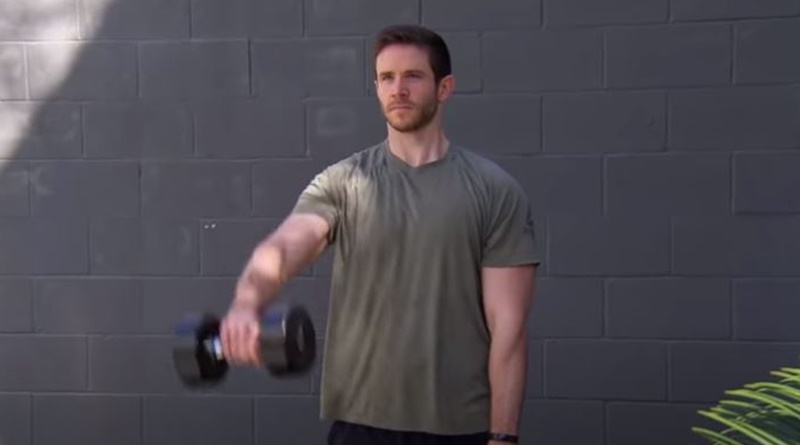 Married at First Sight fans go off Brett in a big way. They feel really sorry for Olivia as he dated loads of people in the past. In fact, he dated more than 55 women. And, one of them just two days before the show. He also flirted with a waitress at his bachelor party. But, he criticizes Olivia for not dating for three years! In the latest episode, he appeared with a bandage on his hand and revealed bad calluses. Some below-the-belt fans expressed their dodgy feelings about that.

In an earlier episode of the show, fans saw that Olivia felt a bit shocked about Brett flirting and getting drunk at his bachelor party. Then, fans saw that the couple didn’t meet eye to eye on wanting kids. That raised a huge red flag for fans of the Lifetime show. That possibly partly explains why the next episode that airs is titled I See Red Flags. Now, they see that Brett’s got issues with Olivia for not dating enough. Fans fear that she might end up loyal but he might find comfort elsewhere in the long run.

@MAFSLifetime Brett is slowly creeping his way out of this marriage, possibility of no kids wow. Seriously experts how do you not establish that before matching them #MarriedAtFirstSight

One Married at First Sight fan on Twitter said, “Three years single is not that long Brett need to stop.” Then, another one commented, “Soooo Brett thinks it’s odd/a concern that Olivia hasn’t dated anyone in three years BUT yet he just went on a date w/ someone TWO DAYS BEFORE being matched??? Hmm okayyy. Olivia is the ONE who needs to be CONCERNED not you, Mr. “The Serial Dater”. Equally scornful, another fan commented, “So Brett been on 55 dates and the date he went on right before he got matched may have been the one. byeeee.” But, others focused on the bandages hand with bad calluses.

Poor Brett he can't do any activities. I guess he will just sit at the pool and look at the other women. #MarriedAtFirstSight #MAFS

Bad vibes and irony with Brett

All that talk about dating and flirting led to some comments about Brett’s calluses. Especially as it seems he’ s got one thing on his mind with all those women in his life. Actually, it’s a natural sort of train of thought in the circumstances. Some dodgy feelings got expressed. Brett wore a humongous bandage on his hand. And, underneath, he revealed calluses. One fan wrote, “Damn I thought I missed something when Brett showed up with his hand bandaged… but it turned out to be his callus…. umm.”

Next, another Married at First Sight fan wrote, “Anyone else seeing the fantastic irony that Brett, the self-proclaimed “Serial Dater,” has a heavily calloused hand?” Brett called it a “blister,” which made a few fans giggle a bit more. But, he actually got it working out with a dumbbell. But that aside, many fans think that there’s no way Olivia and Brett last. Expressing a common sentiment, one fan wrote, “I kinda feel bad watching Olivia get close to Brett. I have a feeling once quarantine hits he’s gonna show much of an a–hole he is.”

What do you think about Brett and Olivia? Will they last in the long run? Sound off in the comments below.