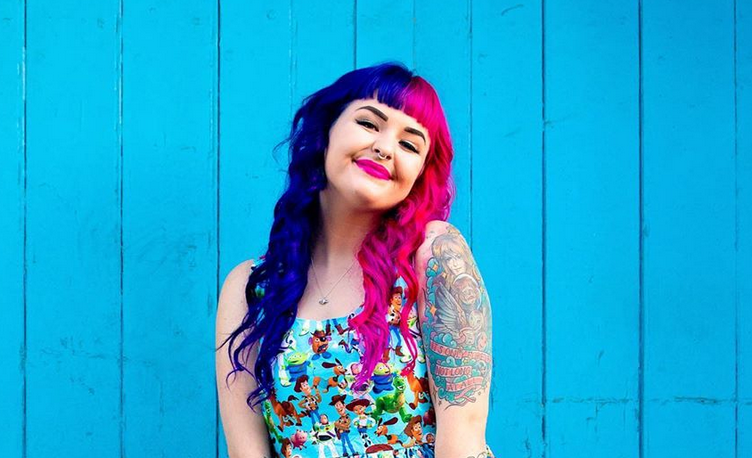 Recently, 90 Day Fiance star Erika Owens has been getting a lot of backlash on social media. Many celebrities get hate on social media, simply because they’re in the public eye. It seems that no matter what they do, they receive both praise and criticism. But, as of late, much of the response to Erika’s social media posts has been negative.

So, what’s all the negativity about?

Erika and her boyfriend Chris Siclari launched an OnlyFans account together, as reported by TV Shows Ace. The platform is intended for not-safe-for-work photos and videos, and many celebrities are getting in on it. Anyone who wants to access the content must pay for it.

When the couple revealed that they are starting an OnlyFans account together, they received some backlash. One of Erika Owens’ followers commented, “Wow wasn’t expecting you to be a sell-out, really thought you had more Talent than that.” Another said that they thought Erika was the only “genuine” person on the show. They add, “you’ve just become another Larissa and Eric. So sad.”

But, then Erika clapped back, saying, “I’m not a sellout because I made an onlyfans. I also run two very successful businesses that I’ve started before 90 day even began. This is just some fun on the side and doesn’t negate my talent or authenticity at all.”

⁣OK we fiiiiinally did it. We made an onlyfans 😏😂 Chris & I decided we wanted a platform together to share extra content which may be a little too much for IG. ⠀ ⠀ We’re both creatives and we’re so excited to share some behind the scenes of our daily life, mukbangs, our cute dogs, boudoir/lingerie/nsfw photo shoots of us both together and separately, q&a’s where we spill the tea, travel videos and how we make them, makeup tutorials and more. Our OnlyFans will be a mixed bag to cater to EVERYONE in our audience (18+). Check my stories or the link in my bio to get to our ONLYFANS – it’ll be like our very own personalised, interactive show. 🤣 ⠀ ⠀ See y’all there 🥰💖🌈⠀ ⠀ #90dayfiance #beforethe90days #90dayfiancebeforethe90days #tlc #strikesback #beforethe90daysstrikesback #realitytv #loveislove #lgbtq #lgbtqia #lgbt #90df

More hate comes Erika’s way due to her current relationship. As mentioned, she’s dating a guy named Chris. The couple shares very openly about their relationship on Instagram. So, Erika’s page is filled with photos of herself with her boyfriend. While some 90 Day Fiance fans are happy for her, others seem to have an issue with it.

Essentially, it looks like fans are upset with Erika because she “used” the LGBTQ platform. One fan writes, “Way to use the LGBTQA+ platform to gain your fame. The first lesbian couple showed & my girlfriend & I were actually rooting for you. But then your actions spoke volumes. Now the only fans with a guy you got with but still using the gay tags to pop up on queer feeds? No f–king thank you. Get a new ‘thing.'”

Erika Owens is quick to defend herself. She mentions how she’s always been open about being bisexual. She adds that her dating a man right now doesn’t change that.

Most of the time, Erika takes every opportunity she can to set the story straight and explain herself to the haters.

So, do you agree with the negative comments that Erika is receiving online? Share your thoughts in the comments below.