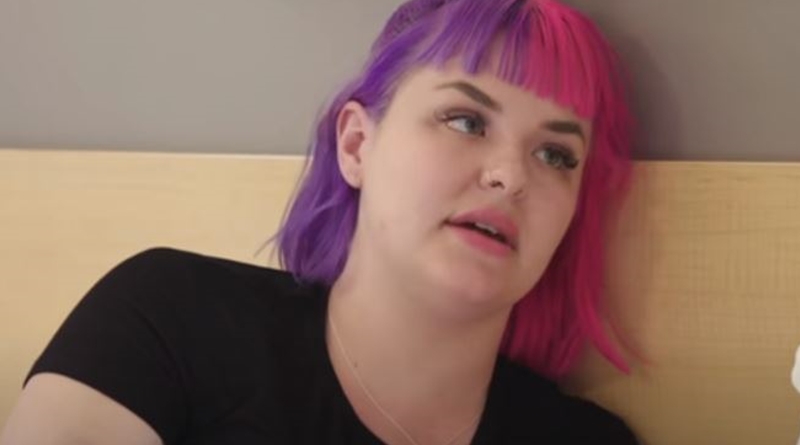 90 Day Fiance fans always accused Stephanie Matto of not really being into the same gender. Recall, TLC touted her and Erica Owens as the first same-gender couple on the franchise. Stephanie and Erika split and fans saw some ugly accusations from Stephanie during the Tell-All. Now, Erika surprised her fans by announcing someone new in her life. And, he’s a Filipino man.

Just because Erika dates a man, doesn’t mean that she rejects relationships with girls. Bear in mind, she claimed to like both genders.  And, in fact, she and Stephanie both dated men in the past. The announcement came on her Instagram on Monday night. Sharing two photos, she wrote, “You make me feel every single colour of the rainbow 🌈💓 I can’t wait to see the world together and make every minute a grand adventure. So thankful and so so happy 😍🤗.”

The 90 Day Fiance rainbow girl added, “P.s leave any bi-phobic comments at the door. I’m still here, still queer and being with this amazing human now doesn’t mean I’m not bisexual and it does NOT invalidate my sexuality. Much love x.” One person asked if he’s a Filipino. Erika replied, saying, “he is!” One fan wrote, “Filipinos are great partners, ask my husband 😂😂😂 love it! Keep it burning! Stay colorful love ❤️❤️❤️.”

Fans react to the new man in Erika’s life

These days, Stephanie and Erika don’t see each other. In fact, back in the States, Stephanie just celebrated buying a  2020 Porsche Panamera. So, there’s no reason why Erika shouldn’t date someone else. Plenty of fans just seem very happy for her. Unfortunately, she never tagged her new guy. So, nobody knows his name. Actually, if she dates again, maybe she will feature on another TLC spinoff. Bear in mind, it’s not impossible. The network managed to bring back Jesse Meester over and over again, after all.

90 Day Fiance fans love that Erika found someone she loves. They don’t mind what gender they are. Many of them sent their love. One follower noted, “Oh my heart I’m so happy to see you happy 😍.” Another one commented, “I haven’t seen happy like this before! Love you endlessly beautiful girl 💕💕💕💕.” Plenty of other think Erika’s new guy’s really “cute.” Quite a few castmembers reacted as well. Syngin Colchetsr said, “Amazing 🔥🔥🔥🔥🔥🔥🔥.”

Deavan Clegg of 90 Day Fiance: The Other Way wrote, “So happy for you 😍.” Meanwhile, Ashley Martson Smith and Sojaboy put up approving emojis. Notably, so far, Stephanie Matto never commented on the post by Erika. Most fans of the TLC franchise expect that sooner or later someone will ask her what she thinks about it.

What do you think about Erika Owens dating a Filipino guy? Sound off in the comments below.