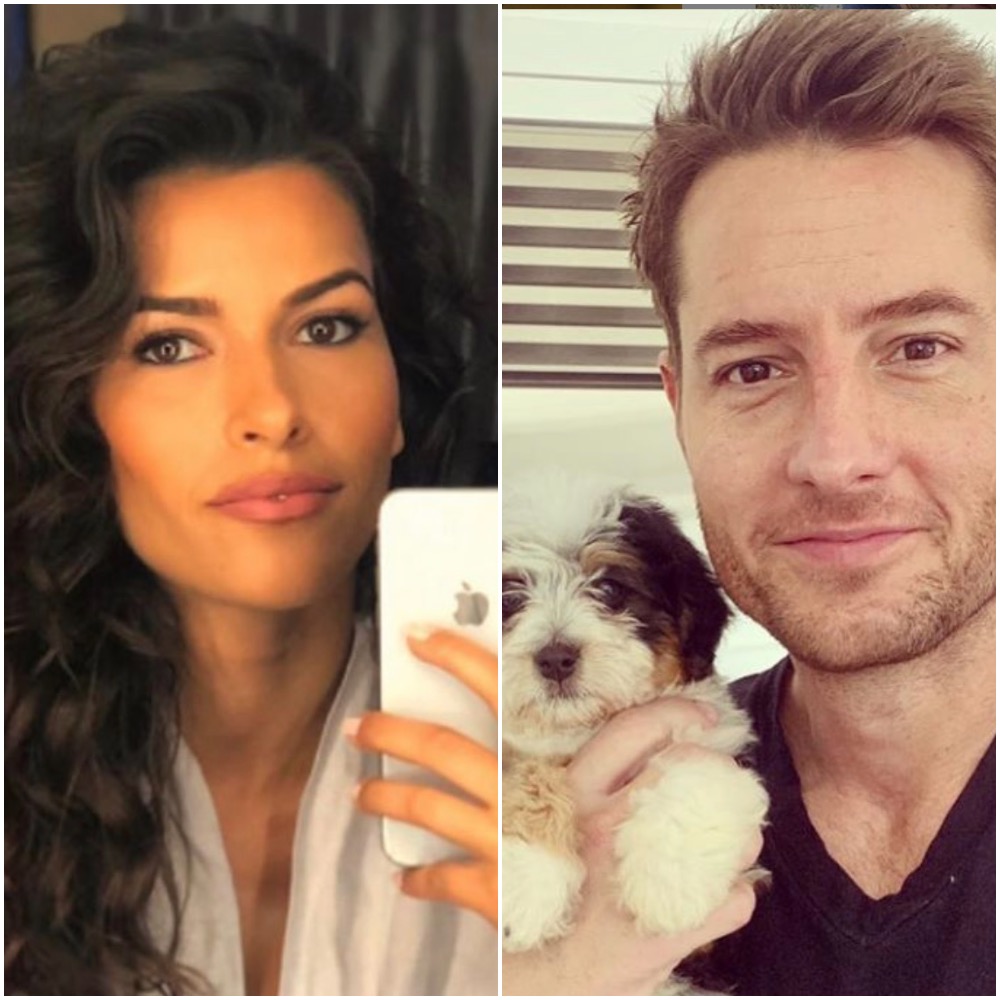 Is Justin Hartley still seeing his former Young and the Restless co-star, Sofia Pernas? Based on social media, it looks like this relationship is still going strong. You could say that they are easy like a Sunday morning.

On Sunday, both Justin Hartley and new girlfriend Sofia Pernas had some fun with the Lionel Ritchie song, Easy. Justin shared to Instagram Stories a photo of him basking in this pool, holding his dog Paisley. The caption says “Paisley like Sunday mornin’.”

On Sunday, Sofia Pernas shared a photo that included two tall Guinness glasses filmed with a summery beverage, ice and a slice of lime on the edge of the glass. There is a man’s arm in the center of the phono. It is tan and well-muscled. He is holding a cigar. She wrote “Easy like Sunday mornin.'” Could it be Justin’s arm?

Their coordinated posts certainly was a message. On the weekend that Justin’s divorce from Chrishell Stause was the big news thanks to the release of Selling Sunset Season 3, these posts seemed to reveal to everyone that he has moved on. His new girlfriend is his former Y&R co-star, Sofia Pernas.

According to US Magazine, the couple became “close” during the year that they played boyfriend and girlfriend on the soap. Now, they are that very thing IRL.

Sofia Pernas And Justin Hartley First Seen Together In May

The This Is Us Star and the Blood & Treasure star were first seen together back in late May. The two were just outside of the Southern California Orthopedic Institute when they were photographed kissing.

Sofia Pernas was in a vehicle and had just dropped off Justin Hartley at the Los Angeles area medical facility. He had bent over for a lengthy embrace. Afterward, he headed into the facility.

A few hours later, Justin was wheeled back to the car. Both he and the medical attendant were masked. But, what was different is that this time, his right arm was bound up in a cast.

Later, we discovered that he had a mishap with his at-home gym equipment. It turns out that due to the coronavirus quarantine, he was unable to go to the gym. So, he made a home gym. But, he may have been a bit too enthusiastic with the equipment.

But, based on the Instagram photo, Justin Hartley’s arm looks just fine. He doesn’t see to have any residual effects from this surgery.

Who Is Paisley Hartley?

Who Is Paisley? Paisley is Justin Hartley’s adorable dog. After his ex-wife, Chrishell Stause, left their home, she took her dog along with her. Justin was known to do his yoga moves with that cutie.

Now, he has Paisley. On February 15, Justin posted his first photo with the young Paisley on Instagram. In May, baby Paisley was now three times their original size! This cutie pie loves to cuddle with dad. And, based on Justin Hartley’s Instagram story, the two enjoy basking in his backyard pool.

Be sure to check back for the latest Justin Hartley and Sofia Pernas news.