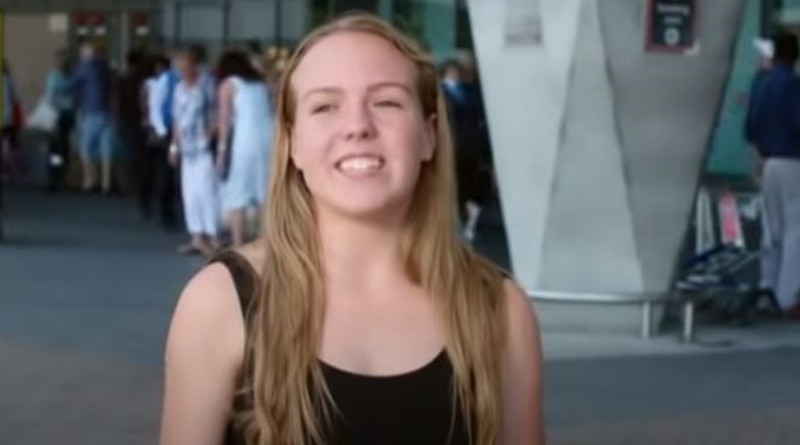 90 Day Fiance fans saw Syngin Colchester and Tania Maduro travel back to his home in South Africa. At the airport in Cape Town, fans saw his sister Charys all excited to see him again. In the next episode, fans saw Syngin’s mom tell the cameras Tania “shouldn’t be ‘too demanding or things won’t work out.” Despite Tania annoying fans to the limit, the episodes became a success because Syngin’s sister Charys really impressed fans. In fact, on social media, it seems they found a new favorite from the TLC franchise.

In last week’s episode, fans grew totally annoyed with Tania all over again. Excited about going home, Syngin couldn’t help but feel excited. But, she made him wait while she sipped her tea…slooooooooowly! Some fans on YouTube said they’ll never drink tea again as long as they live. Then, Tania got upset because Syngin seemed excited when they landed. In fact, she said to him, “You don’t have to be too excited.”

Tania behaving like a nasty and annoying person’s nothing new on 90 Day Fiance. Way back from the first time fans met her, they deemed her the “most hated” person on the show. Syngin got a lot of love. For a long time, fans agreed he’s probably the nicest member of the franchise. But, when he married Tania, he lost a bit of flavor and fans thought he lost his mind. However, while he might not remain everyone’s favorite person, his sister Charys fast gains new admirers. Actually, fans like his whole family and deem then the “most normal” people ever.

After this week’s episode, Syngin shared a photo of Charys on his Instagram. he captioned it with, “To my sister @charyscolchester you did great on the episodes so far, thanks for doing it🇿🇦🏞🇿🇦🏞🌞🥳.. and good luck at going back to school again with this covid 19 still around..📚📙.” He added, “You are awesome, just remember that some people will always have something bad to say but there is way more love out there….😁🥰😁🥰.”

Well, it looks like the 90 Day Fiance sibling need not worry too much about hateful trolls. It seems unanimous in the comments of the post that fans love her to bits already. Charys responded to her brother’s post. She wrote, “@syngin_colchester. ahhh my heart just melted, thank you for such kind words. i couldn’t ask for a better brother❤❤❤ love you!” Clearly, she and Syngin love each other very much.

In the comments section of the post, 90 Day Fiance fans said some very nice things about Charys. Here’s a few examples of those comments.

Many similar comments went her way. And, over on her Instagram, her followers increased a lot. A year ago, she had only a few followers. But now, the newcomer to the 90 Day Fiance show scored at least three thousand more.

To my sister @charyscolchester you did great on the episodes so far, thanks for doing it🇿🇦🏞🇿🇦🏞🌞🥳.. and good luck at going back to school again with this covid 19 still around..📚📙 You are awesome,just remember that some people will always have something bad to say but there is way more love out there….😁🥰😁🥰 Go give her a follow and some love 😁😁 #sister #youngersister #family #teenagers #90dayfiance #tlc #90dayfiancehappilyeverafter #youngwildandfree #beyou #loveyourself #realitytv #backtoschool2020 #southafrica #tvstar #sisterlove

We reported that 90 Day Fiance fans suggested Syngin sell his handmade necklaces. Or, to go back to South Africa without Tania. At the time, we noted, “He’s already got friends and family connections with safari businesses and more. He could easily land a job [in South Africa], especially with his TV experience.”

Quite why he remains with Tania seems a mystery. Even his mom felt she tends to be too controlling. Will it work out in the long run? Sound off your thoughts in the comments below.