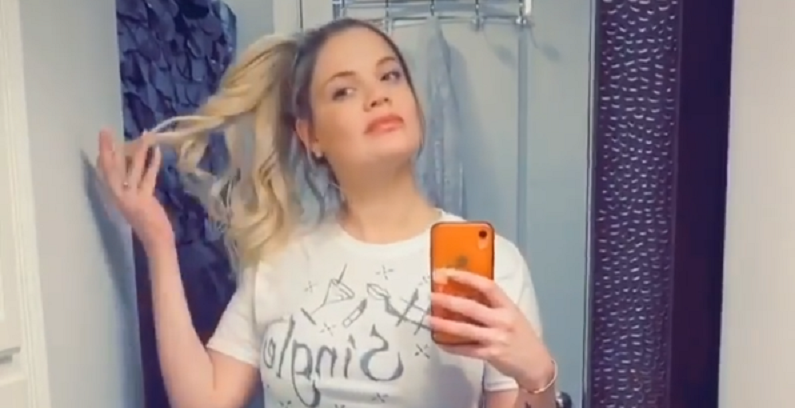 90 Day Fiance couple Ashley Martson and Jay Smith had a “wild” marriage. That’s what the TLC star claims. They just celebrated their third anniversary this past weekend. Ashley took to Instagram to reflect back on their complicated relationship.

The couple has been through a lot. Ashley and Jay broke up more than they count. But they want to make their marriage work, no matter what the haters think. The TLC stars celebrated their third anniversary after reuniting earlier this year.

This follows a difficult point in their relationship. Fans weren’t sure if Ashley and Jay were done for good. But they found their way back to each other, and now they’re stronger than ever.

Per Us Weekly, Ashley Martson took to Instagram on Saturday, August 8 to share several throwback photos from May 2018. In the caption, the 90 Day Fiance star admitted that their marriage has been a “wild” ride ever since, but she wouldn’t have it any other way. Ashley exclaimed her love for her young husband in the post.

In the series of photos, Ashley and Jay look happy on their wedding day. The couple kissed a lot and even fed each other wedding cake. It’s one of the highlights in their marriage.

“It’s been a wild 3 years but here we are celebrating,” Ashley captioned the post. “I love you so much! Happy anniversary.”

It’s been a wild 3 years but here we are celebrating! I love you so much! Happy anniversary @jay_smith_ja 📸 @ramosphotoworks

The couple made their debut on Season 6 of 90 Day Fiance back in October 2018. Ashley, 34, met Jay, 24 when she vacationed in his native Jamaica for a friend’s wedding. The couple had sizzling chemistry and couldn’t resist each other since. Despite their unconventional marriage, Ashley and Jay could never really leave each other’s lives.

But the honeymoon period didn’t last for long. Ashley filed for divorce in January 2019 after just eight months of marriage. However, she withdrew her filing less than two weeks after submitting the paperwork. The couple reconciled, but then she filed for divorce a second time. Three months later, she filed a restraining order against Jay.

Ashley Martson and Jay Smith’s marriage has been rocked with cheating rumors. She alleged that he was unfaithful, while the bartender says the same about her. Earlier this year, the 90 Day Fiance couple reunited after Jay allegedly got another woman pregnant. He shot down the rumors to Us Weekly, vehemently stating that “no one is pregnant.”

Back in March, the couple reconciled for a third time. Jay reportedly moved back in with Ashely as they worked on their marital issues. They even created a joint YouTube video in order to defend their decision to stay married. Ashley revealed that she chose to forgive Jay, while he wants to focus on their future.

As TV Shows Ace reported, Ashley previously took to Instagram to share the highs and lows of their tumultuous marriage.