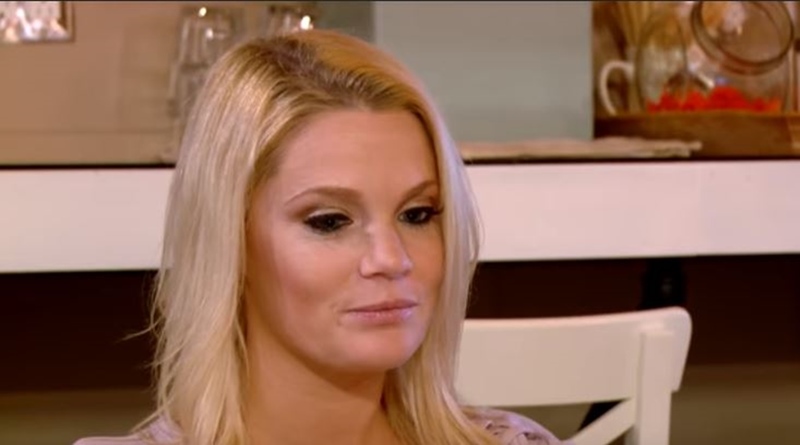 90 Day Fiance fans know that Ashley Marston filed for divorce from Jay Smith more than once. So, they slammed her when it turned out that they quarantined together. Both seasons on the TLC franchise showed them arguing about cheating. And, Jay ended up in detention with ICE. Despite that, and much more, they now got back together again. In a long tribute to Jay, Ashley said on Monday, that she feels “oddly grateful” for all those hard times.

We reported that at one stage, Jay took off with another woman and pregnancy rumors arose. Ashley shocked TLC fans as she apparently got drunk with some castmembers from the Bachelor franchise. In November last year, “videos emerged of Ashley at a party with the Bachelor crowd.” It disgusted fans because people talked about her doing the “train.” The Blast mentioned, “Ashley Martson posted a video of Nicalek by the pool this morning and he’s discussing his wild night of s*x. “That s— was good!” he exclaimed while filming himself on Ashley’s phone. “I had her upside down in the shower.”

In the meantime, Jay certainly seemed keen on bedding various women as well. It looked like their marriage failed and ended several times over. So, it seems almost miraculous that these days, the couple seemingly makes it work for them. The 90 Day Fiance star seems somewhat surprised herself. In her post, she said, “I never thought we would find our way back to one another.” Ashley admits she seldom posts or writes “sappy” stuff but she went all the way this time.

Ashley shared a photo of Jay on August 3 and said, “Sitting on the porch with the sun popping up and sipping on my coffee before class, and I just felt the urge to show this man some love.” She noted that”marriage is hard,” as is “loving someone with your whole heart.” Ashley admits, that their relationship put them through “the ringer.” But now, Ashley said she feels very “proud of the man [Jay became].”

The 90 Day Fiance star said that Jay works “hard” for their marriage these days. She added, “I can honestly say I love you more today then [sic] I ever have.” In fact, Ashley feels “blessed” with Jay as her husband. She talked about how Jay works hard with his new tattoo company. Finally, she wrote, “If going through those ridiculously hard times brought us here, then I’m (oddly) grateful for them.”

Sitting on the porch with the sun popping up and sipping on my coffee before class, and I just felt the urge to show this man some love. Loving someone with your whole heart is hard. Marriage is hard. We have been through the ringer, and to be honest; I never thought we would find our way back to one another. I don’t do a ton of sappy posts but this is one. I’m so proud of the man you have become. The changes you have made. The hard work you have put into this marriage since we gave our crazy love story another chance. I can honestly say I love you more today then I ever have. More than I ever thought was humanly possible. Always putting us first and working your ass off to make your dream come true. I love you so much and I am so blessed to call this man my husband. You’re going to be an amazing business owner and your talent gets better day by day. If going through those ridiculously hard times brought us here, then I’m (oddly) grateful for them. Thank you for supporting me in following my dreams and pushing me to get done with school and get this salon open!

Many fans of 90 Day Fiance reacted to the post. Most of them seemed very positive, One fan wrote, “Awesome 👏 love it. Blessings like a river. Congratulations on everything.’