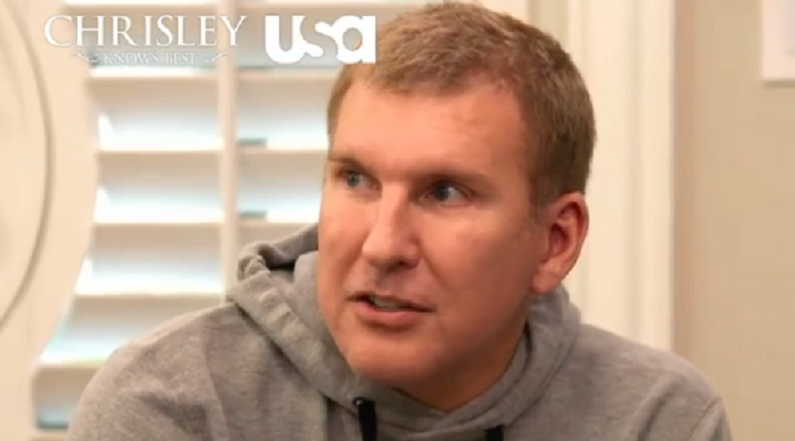 Savannah Chrisley’s fans thought she broke up with Nic Kerdiles. Todd Chrisley quickly shut down those rumors in his latest social media posts. He took his son Chase and Nic with him to the lake. The three men bonded while enjoying the relaxing waters.

The Chrisley Knows Best cracked a joked about parenting both men. But he still enjoyed their boys’ trip. The trio soaked up the sun and beautiful scenery. Todd took to social media to share the various water activities they took part in.

Just skiing my way through life ..

Savannah Chrisley and Nic Kerdiles are very much together. And he’s very much part of the family. Todd Chrisley shared photos and videos of his adventures, per Amo Mama. The 51-year-old real estate developer had a fun time on the water with Chase and Nic. In some of the videos, they went waterskiing and zipping around on a boat. The USA Network star shared a beautiful shot of them gliding over the water.

“Just a day on the lake with these two @nickerdiles and @chasechrisley,” Todd wrote in the caption.

Being a parent never ends , especially with these two @nickerdiles @chasechrisley

Nic popped the question recently. But they postponed their wedding a couple of times. The couple wants to go back to old-fashion dating. In the sneak peek for the new season of Chrisley Knows Best, Savannah and Nic break the news to a very disappointed Todd.

Look at my baby @chasechrisley go, man I love this kid..

First, the young couple wants to work on their relationship before saying “I do.” They didn’t want the external pressures to lead them to get married young. Savannah revealed that they started going to therapy sessions to work on themselves individually. As TV Shows Ace previously reported, Savannah and Chase felt those pressures from a young age, as they mentioned in an interview that fame “forced” them to grow up “fast.”

The famous daughter of Todd Chrisley took to Instagram to capture an entire mood for 2020. Savannah Chrisley shared a collage of photos that featured Todd making some of his iconic expressions on the reality show. Each photo represents each month of the year, from January to September. Todd’s excitement from the beginning of the year quickly turns into being downright unimpressed.

Reese Witherspoon started the meme “moods of 2020” on her respective Instagram account. In the meantime, Savannah has been honest about all of the “moods” she’s experienced lately.

Todd’s daughter admits she “cries” and “prays” in the shower

Savannah Chrisley was previously rumored to have split from Nic Kerdiles. Savannah Chrisley admitted that she “cries” and “prays” in the shower, causing the rumors to swirl. On a now-deleted Instagram Story, she asked her followers if they also “think, talk, pray and cry in the shower.” Todd Chrisley may not be happy to hear about that.

“If these shower walls could talk,” Savannah wrote. “It’s where I do my thinking, talking, praying, and crying.”

Dear August…PLEASE…let’s not cause any problems 🙌🏼

Savannah included a poll that read, “Can you relate?” Per The Sun, Savannah previously shared a quote about praying for someone she “loves” and asking for their “peace.”

Savannah and Nic gave an update on their relationship on a recent episode of Chrisley Confessions. Todd also brought up the breakup rumors. At the time, Nic said they are “very engaged,” which Todd reiterated.

But Savannah didn’t comment. Instead, Nic did most of the talking. He claimed that he and Savannah are only going to get “stronger” with time.