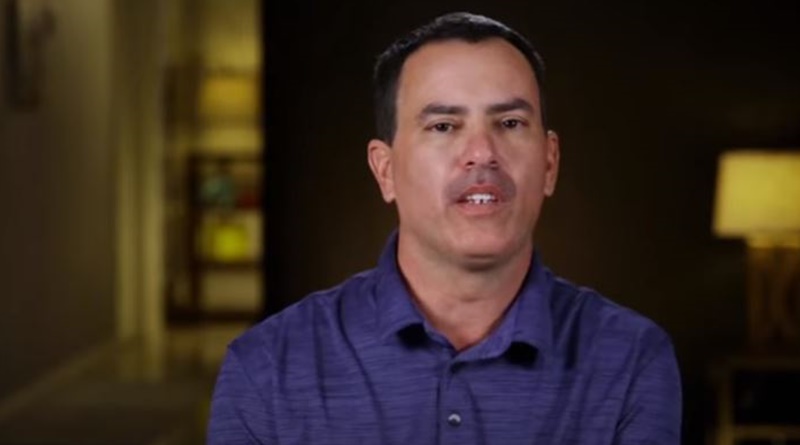 Love After Lockup features Shawn and Destinie on WEtv’s new season. But, it seems he acts like a catfish as he certainly doesn’t look 36 years old. While he thinks he found his forever love, Destinie’s not about to jump for joy about his declared age. He looks way older than 36. And, he said he had two kids, but he actually produced six!

Love After Lockup – Shawn lies, so will Destinie be his forever love?

Destinie’s got one thing to be grateful for. Shawn posted her bond for her. But, as he steadfastly wouldn’t see her she doesn’t know what he looks like. And, when she finds out he’s got six kids, her face might not reflect such happiness. After all, her fellow inmates suggested he tries catfishing her. Of course, there’s a major complication as he neglected to tell the mom of his kids she’s an ex-con. While he wants to marry her and doesn’t “judge” her, she might judge him, that’s for sure, fans think.

Destinie went to jail for drugs, but she isn’t an idiot, so fans wonder if she puts two and two together and realizes his age in a hurry. Actually, there’s a bit of similarity between this Love After Lockup couple and Tyrice and Chanda. He’s also older than his prospective partner and tries acting young.  “Tyrice looks like those older men that act & think they young,” one fan wrote. And, the same goes for Shawn, but even Tyrice never lied about his age.

Heavy pointed out that “Destinie might be using Shawn for his money.” So, that might get her to just slide in with him and pretend she didn’t mind that he looks way older than he said. Anyway, many fans took to Twitter and commented during the show. One person noted, “Destinee, don’t be too shocked. We already know as soon as you and Shawn get to Vegas, you’ll be looking for you’re next sugar daddy.”

Another Love After Lockup fan wrote, “If I walked past that table I’d think Shawn and [Destinie’s] mom were married…she’s the crackhead auntie that just got out and the sister is her daughter.” Then, another follower pointed out, “What else has Shawn lied about? He lied about the number of kids. And, “he lied about his age. He lied to his BM about how much he spent on Destinie and the $50k he put up for her bail. He is sick.”

Meanwhile, Love After Lockup fans think that Destinie’s mom’s got things wrong as well. A fan noted, “Destinie momma saying she doesn’t want anything to happen to her. Ma’am she’s been in prison, somethings have happened.”

What did you think about Shawn lying so much? Is there any chance this might work out with Destinie? Sound off in the comments below.