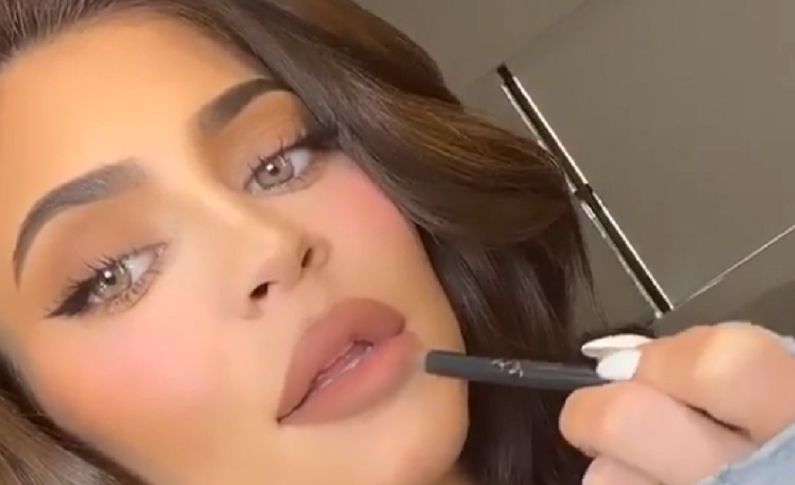 Kylie Jenner became a video vixen once again. She made a surprise appearance in Cardi B and Megan Thee Stallion’s steamy music video for their new collab titled “WAP.” The NSFW music video dropped on Friday, August 7. The song promotes female pleasure and sensuality, which most people still consider taboo. Not only did it have stunning visualizations, but it also had plenty of celebrity appearances.

Some of those appearances include Normani, Rosalita, and rappers Mulatto and Sukihana. However, fans weren’t happy when Kylie Jenner made an appearance in the video. She walked like a runway model down a hallway in head-to-toe cheetah cut-out bodysuit. Kylie’s name trended on Twitter shortly after the video debuted on YouTube.

As per Fox News, the 4-minute music video shows Cardi B and Megan getting cozy with each other in different rooms of a massive mansion. The two rappers even get up close and personal with snakes and tigers. At the 2-minute mark, Kylie Jenner makes her entrance without uttering one word. She seductively walks down the hallway and enters a bedroom as she glances back at the camera.

Fans were upset with Kylie’s appearance. Some of them wondered why Megan featured Kylie in the video and not her former BFF Jordyn Woods. As TV Shows Ace previously reported, Jordyn became good friends with Megan over the past few months. They shared photos of each other on social media. Then Megan started hanging out with Kylie this summer and the rest is music video history.

Kylie in @iamcardib and @theestallion new music video for the song “WAP” out now!

One fan was so upset that she created an online petition on Change.org to remove Kylie from the video.

“The video was perfect until we saw K and I wanted to throw my phone,” the description reads. As of Saturday, August 8, the petition has over 53,000 signatures and counting. Once it reaches its goal of 75,000, fans hope Kylie’s appearance will disappear from the “WAP” video.

One fan described Kylie as “talentless,” while another argued that the reality star isn’t white and a musician like the other women who appeared in the video. Others argued that the Kylie Cosmetics founder shouldn’t be included since she steals from black culture.

Despite the backlash, the music video has been at the top of YouTube’s trending page since its release. As per EW, Cardi B defended Kylie Jenner on social media. While she didn’t mention the reality star directly, the “Invasion of Privacy” rapper responded to the overwhelming backlash. She shared that her goal for the music video was “to include different women, that are different races and come from different backgrounds, but are so powerful and influential.”

Kylie hasn’t responded to the backlash. Instead, she took to Instagram to share some behind-the-scenes photos, including one that shows her mother Kris Jenner shooting it in the background. Some followers likened it to the time when Kris took photos of Kim Kardashian’s iconic Playboy photo shoot on an old episode of Keeping Up With the Kardashians.