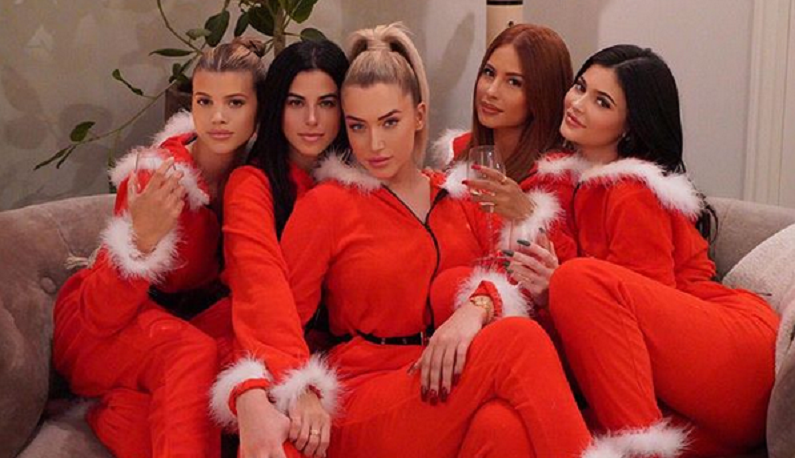 If you’ve been following Kylie Jenner, then you know that she’s no longer close to Jordyn Woods. That doesn’t mean that her friendships aren’t important to her. She cherishes her friends even more now that her squad has shrunk in size. Kylie continues to surround herself with beautiful women who support her.

But that’s not the case for Justine Skye. The two reportedly had a falling out as of recently. This comes after Jordyn gains a star-studded girl squad.

Kylie and Justine ended their friendship over Travis Scott

Justine revealed on The Breakfast Club that she doesn’t have any ill will toward her former BFF. She addressed their close friendship and where they stand to this day.

“We speak – I mean we’re not as close as we once were and that’s probably obvious to the rest of the world,” Justine explained. “Literally there’s no beef. You grow up and just go in different paths.”

While that interview was two years ago, it’s clear that Justine still feels that way about Kylie today. Even if the singer isn’t as close to the beauty mogul, she’s still in Kyle’s close group of friends. Justine is also friends with Bella Hadid, Gigi Hadid, and Hailey Bieber, who’s also good friends with Kendall and Kylie. Although Kylie and Justine’s friendship ended on an awkward note, it looks like the two have moved on and remained on good terms.

Jordyn Woods had a falling out with Kylie Jenner after that messy Tristan Thompson cheating scandal. But she’s managed to bounce back from that low point in her life. She’s now thriving with a new group of close friends. Jordyn even has her own famous girl squad.

As Showbiz CheatSheet reported, Jordyn has surrounded herself with close family and friends to get through the public scrutiny and loss of her former friend. She now has a great group of friends who keep her going. In January 2019, Jordyn introduced the world to her girl squad during a trip to Jamaica. The group photo included the likes of model Lori Harvey, singer Normani, and actress Ryan Destiny.

Jordyn developed a strong bond with both Normani and Ryan during their tropical getaway. She’s also become good friends with rapper Megan Thee Stallion. She’s showed off their close bond more than once on social media. Though Jordyn will also miss Kylie, it’s clear that she couldn’t be happier with her new girl squad.

An insider told Us Weekly that Kylie has also moved on. She has a new girl squad that would probably put Taylor Swift to shame. It appears that she has surrounded herself with some of Instagram’s hottest models.

“Kylie has been doing well since her and Jordyn’s friendship ended,” the source said. “She loves hanging with all her crew of girls now, including Stassie [Karanikolaou], Yris [Palmer] and Victoria [Villarroel].”

The source added that Kylie finally feels “very comfortable” like “her complete self” with her new best friends.

“They all just have a fun time together like any other close group of girlfriends. They laugh a lot and share similar interests and are supportive of one another. Kylie is very sweet and down-to-earth, and so are her friends.”

As TV Shows Ace reported, Kylie went on a girls’ trip to the Bahamas, in which she cooked up a storm and posted steamy photos of herself in a variety of bikinis. Though she still misses Jordyn, she doesn’t feel they should rekindle their friendship anytime soon. Like Jordyn, she’s happy with her new group of friends.

another day another slay 🧡💕

saturday’s are for the girls💛💛

What are your thoughts? Do you think Kylie Jenner should give Jordyn Woods another chance? Or, do you think the ladies are better off? Sound off below in the comments section.