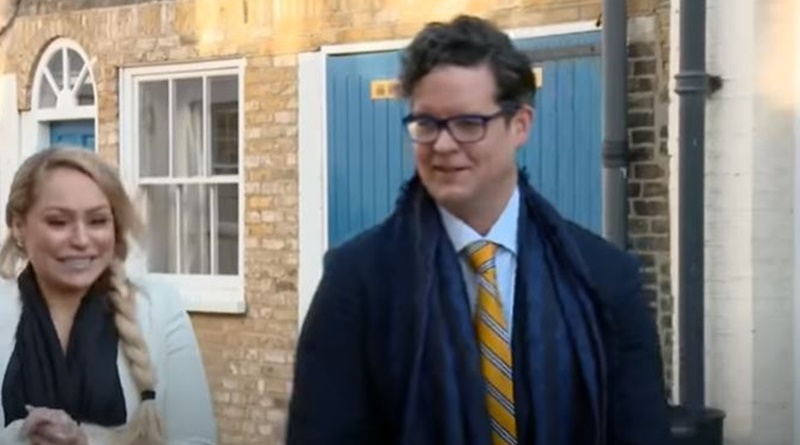 90 Day Fiance star Tom Brooks lost a lot of weight since fans first saw him on the TLC franchise. In fact, he looks rather slim and suave these days as he cultivates that British upper-crust persona. And, the chubby child who grew into a bit of a chubby adult seems banished forever now.

Taking to his Instagram Stories, Tom shared a photo of himself with his sister. Small back then, they hugged each other very sweetly. The caption in the post read, “We have always been so close.” Tom, a cute looking chubby child is clearly recognizable as the man he grew into. But, rather more like the Tom that fans first saw on the show. Take a look at the photo below for a trip back to one of the first times we saw him with Darcey Silva.

Lately, we reported about the 90 Day Fiance: Before The 90 Days Season 4 Tell All episode. Tom described Darcey’s breasts as “Silicon Valley.” In that article, we noted that Tom did a “Cameo shoutout.” We wrote, “He looked like he tried out for the role of 007 in a James Bond movie. Tom seems rather full of himself, trying to come over as suave and debonaire.” But notably, he lost that that chubby-cheeked look.

To give him some credit, it appears that Tom worked hard on his appearance. The 90 Day Fiance star certainly looks polished, and really classy in a British sort of way. These days, fans describe him and really “handsome,” and plenty of thirsty females follow him on his social media. That’s despite a surprise reveal about a 12-year-old daughter that nobody ever heard about before. The Blast reported that he shared a photo of her earlier this month. Nevertheless, fans just look at the “new” version of Tom and their tongues hang out.

Comments on Tom Brooks’ recent photos include things like, “So distinguished. You are one handsome fellow.” Then, this sort of thing comes in: “And looking gorgeous😍.” Actually, it seems that finally, Tom lost that chubby-baby look and earned that Mr. Handsome label.

What do you think about 90 Day Fiance star Tom Brooks losing that chubby-cheeked look he lived with since childhood? As a kid, he looked very sweet. But, now he lost the chubbiness, do you agree that he looks handsome and distinguished? Sound off your thoughts in the comments below.