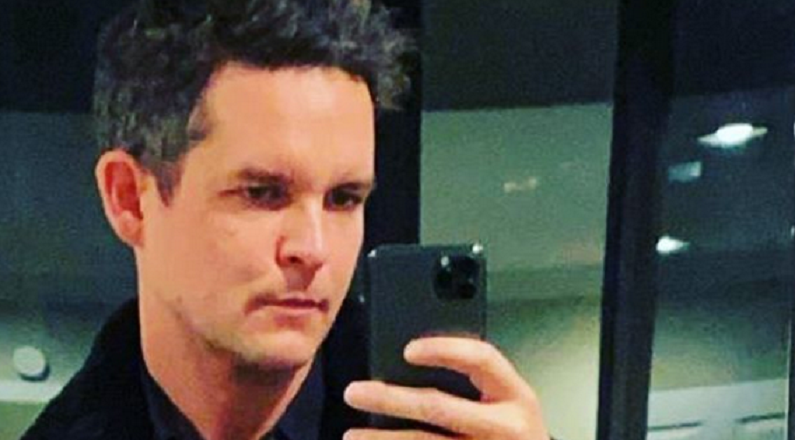 Tom Brooks is best known for his appearance on 90 Day Fiance: Before the 90 Days. He was in a long-distance relationship with Darcey Silva. She met him in Nottingham, England to pursue the next step in their relationship.

However, she ended up with a key to his house and not the engagement ring she desperately wanted. The two ended their relationship in an iconic scene in New York City, and he has moved on with a lookalike. Tom also kept a secret from fans.

The Blast found out that Tom Brooks has a daughter that he kept hidden from the public. He shocked 90 Day Fiance fans when he posted a rare photo of his daughter on Instagram. That’s right. Tom has made his Instagram public and has been regularly posting new photos.

In his latest photo, the adorable little girl has on a red, white, and blue dress. She smiles while holding a bouquet of roses. It’s a precious photo that could soften the hearts of even the toughest 90 Day Fiance viewers.

In the caption, Tom wrote, “Miss you baby girl. Apple of my eye, my English rose.” The photo is a throwback photo from her childhood. But Tom never mentioned her on the show. He’s not able to see his daughter as much he’d like to. This may involve a custody issue with her mother.

Tom previously revealed that not having his daughter on the show was his decision. The TV personality added that Darcey also respected his decision. He wants to protect his daughter from the media and the negative comments that he’s received since appearing on the TLC series. Tom didn’t want to lump in her in with the “craziness” that comes with fame.

90 Day Fiance fans asked when he had his child. He jokingly responded, “For the last 12 years, the last time I checked.” Tom also acknowledged the compliments of how beautiful his daughter looks and credits her mom’s South African genes.

On the latest episode of 90 Day Fiance: B90 Strikes Back, Tom had regrets about hurting Darcey’s feelings. He didn’t like seeing her cry. He admitted that he never wanted the TLC star to end up hurt. Viewers didn’t like him for toying with Darcey’s emotions. They felt he never took their relationship seriously. Meanwhile, other viewers feel he only dated Darcey just to be on television.

But Darcey is doing fine on her own. She’s getting ready for her own spinoff to premiere next month alongside her twin sister Stacey. The new show titled Darcey and Stacey gives viewers a look into their family life and personal relationships.

Are you surprised to learn that Tom Brooks has a daughter? Sound off below in the comments section.