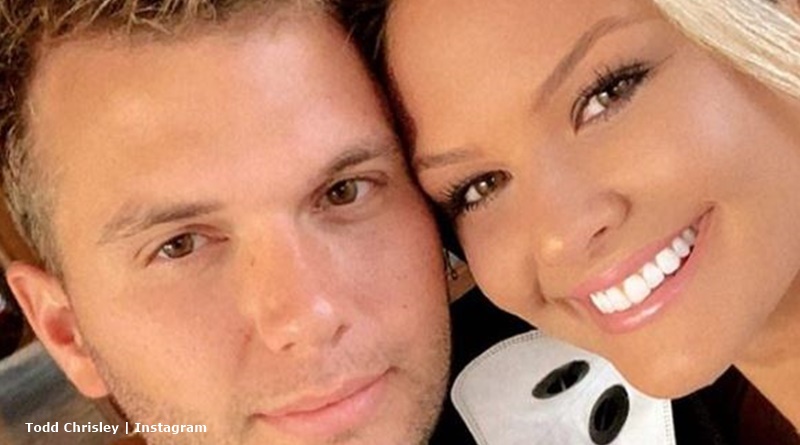 Todd Chrisley gave Chase and his new girlfriend Emmy Madders a lot of love when he first shared about them in early July. Everyone who watches Chrisley Knows Best knows Todd likes to maintain a lot of control. So, getting his approval isn’t always easy for the kids. But, it seems he fully approves of this union. In fact, he still gets all sappy when he shares pictures of them together.

When Todd first shared photos of Chase and Emmy, we reported that he seemed good with them getting together. He shared on Instagram, “Now this folks just places a bigger smile on my face than it does these two beauties .. love you both.” Lots of fans liked that Todd and Chase seem very close. However, some fans trolled on him for getting way too involved in the love-life of his kids. And, fans might recall the when Brooke Noury and Chase dated, Todd didn’t seem so happy with her. So, they broke up, AmaMama noted.

But that’s just Todd’s way and his kids know him better than anyone. Earlier this week, Todd shared another photo of them together. This time, the Chrisley Knows Best patriarch wrote, “And God continues to show up and show out ..🙌🏻🙌🏻” Once again, a person showed up and told Todd off for getting too involved with Chase and his girls. They wrote, ” Very pretty young lady. I hope Todd keeps his nose out of their business and stays in his own lane.”

Now this folks just places a bigger smile on my face than it does these two beauties .. love you both @chasechrisley @emmymedders

Undeniably, Emmys an attractive woman, and Chase looks like a magazine cover. So, most fans agree the couple looks very cute. But, fans who worry about Todd and that all-important “approval” and blessing from the patriarch spoke out. Todd, always quick to slap at trolls entered the fray again. Of course, many fans just visit Todd’s page for his snappy comebacks. And, he quickly hit back. He commented, “I have to keep my nose in their business because of nosey *ss trolls like you dippin in sh-t you have no business in. Have an amazing Sunday.”

A lot of Todd Chrisley fans agreed with his attitude. One wrote, “this response! As parents it’s our job to watch over our children and even put our nose in their business as their protectors..” But some people thought his response rather too savage and pointed out he’s getting downright nasty. One noted, “that was nasty Todd. Come on now…. ur better than this.”

What do you think about Todd who gets all sappy with Chase and his girlfriend? Do you think he should back off and let them work things out their own way? Is he too controlling? Sound off in the comments below.

‘BIP’ Natasha Parker Is Moving On, Saying Goodbye To The Past
Eureka, Missouri Celebrates ‘The Bachelor’ 2022 Clayton Echard (Video)
Joy-Anna Forsyth Dragged For Putting Her Kids In ‘Unsafe’ Situation
Khloe Kardashian, Not Good Enough To Get Invited To The Met
Lori Loughlin One Step Closer To Returning To ‘When Calls The Heart’