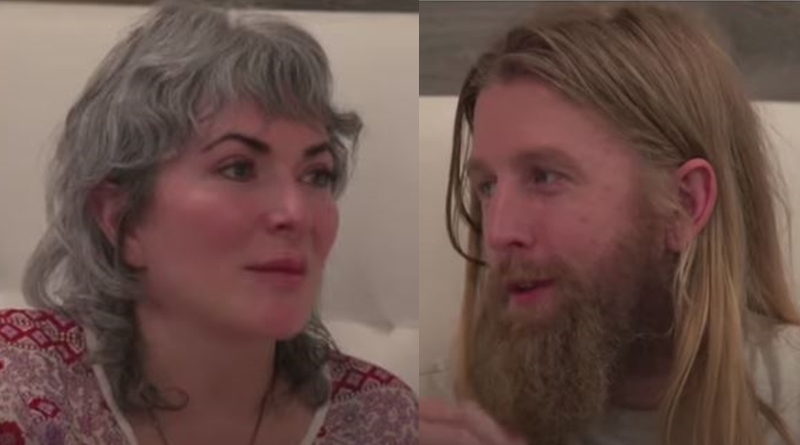 Marrying Millions Season 2 comes right on time again this year. Season 1 ended in September last year, and by November a casting call went out for the second season. Now the show returns in August with five new couples. Two of them featured in Season 1: Bill and Brianna and Gentille and Brian.

Bill and Briana live in Dallas. You may recall that Bill’s the guy in his 60s with long Beatles-era hair. Bill Hutchinson owns loads of businesses and his wallet’s bigger than he’ll admit. Possibly he’s a millionaire many hundreds of times over. Brianna, in her 20s worked as a hostess in a restaurant that he owned. He wanted her to marry him but she found it a bit hard fitting in with his high society friends.  Now fans see Bill deciding if marrying Bri’s really what he wants in life.

Marrying Millions Season1 couple, Gentille and Brian looked dogy at the end of Season 1. In fact, Gentile called off their engagement.  Many fans believed Brian just took on the part in the Lifetime show because he’s an actor with loads of small parts. But his day job involves construction and he lived at home with his mom.  An odd sort of couple, they don’t really mention each other on Instagram much at all. Meanwhile, Gentille makes her money in real estate. In the upcoming season, he goes out of his way to try and salvage a future with Gentille.

The new couples in the next season

E Online dished about new couples on the show. Nonie and Reese bring a successful fashion scene female entrepreneur meeting up what Reese who lives in a “skate house.” They met on Tinder and he’s 17 years younger than Nonie. She’s a dedicated hard worker with homes in London, New York, and Seattle, so it seems an odd mix. After all, Reese works as an occasional arborist. Reece is easily identifiable as he also sports long hippie-style hair.

Next, come Donovan and Dani. Donovan’s loaded and also works in real estate. He and Dani went to school together years ago. She enjoys expensive trips and “lavish gifts.” But, she gets a bit resentful as she also works for him in a low paid job.

Meanwhile, Kevin’s another self-made millionaire. He met Katie in Mexico where he held a “speaking event.” But, he hardly spends anything on Katie. So, her friends wonder about his intentions in Marrying Millions.

Millionaire on a yacht and a resentful dad

Erica’s just 23 and she met Rick online. Her dad’s not happy about their relationship because of their 45-year age difference. Naturally, Erica likes the idea of moving in on his luxury Miami Beach yacht. Family pressure more than likely becomes the focus of this couple.

Next up, fans meet Desiry who works for a non-profit place. Her man, Rodney’s a wealthy wine industry guy. They live away apart on opposite coasts. And, they kept their relationship a secret so far.

Marrying Millions comes to Lifetime on August 5. Before that, a catch-up special on July 29 takes a look back at Bill and Brianna and Gentille and Brian.