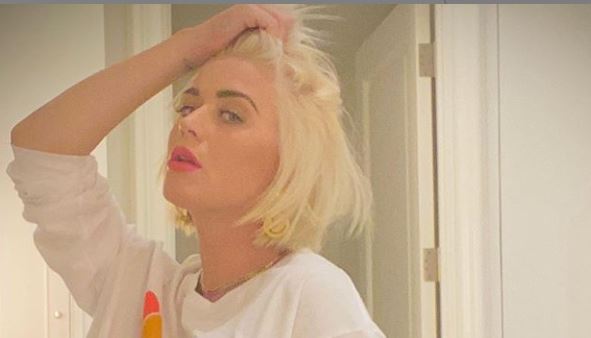 Katy Perry in a new interview discusses the 2017 breakup with fiance Orlando Bloom. Because of the fact they both needed to find their best selves. The happy couple is anxiously awaiting the arrival of their baby girl. However, their journey to becoming new parents hasn’t always been an easy one.

Katy Perry and Orlando dated for a year before calling it quits in 2017. Katy discussed in an upcoming People interview that the breakup was necessary for the two to become stronger together. Katie says, “It’s really about an individual journey that makes the whole thing better. We both had to decide to go on that journey separately because it’s not my half and your half that makes a whole,” says Perry. “It’s my wholeness and your wholeness that makes this whole thing happen.”

My mood today cause it’s the first #SmileSunday y’all! Going to be live on live.katyperry.com at 11am PT / 2pm ET 😁♥️

Katy Perry has a song on her Smile’s album called “Champagne Problems,” Perry sings about overcoming tough times. Katy tells People, “It’s a song that really talks about how intense it’s gotten and how many things we have had to go through. Yes, we have problems. Everybody has challenges in a relationship,” she says. “If it’s a real relationship, it’s going to challenge you into your best self. I really understand what Justin Timberlake said about, ‘You’re my mirror,’ however, it’s true. Because they bring up all this stuff you can’t really see about yourself.”

Katy Perry married in her 20’s to actor Russell Brand that didn’t end in good terms. Perry, 35, says she and Bloom, 43, have found a steadiness that’s become the foundation of their relationship.

Katy said, “It’s a never-ending evolution, so it’s not peachy-keen jelly bean all the time, but it’s nice to have been able to show each other all the good, bad and everything in between, and really fight for our best selves,” she says. “Now, we just joke, like yeah, we still have things to work out — but champagne problems! “We’ve gotten through a lot of hell,” the singer said.

Continuing To Learn And Grow

Katy Perry says she and the actor are continuing to learn from each other and grow together. As they get closer to welcoming their baby girl (Bloom is already dad to 9-year-old son Flynn), Perry says, “Of course you admire someone that usually has traits you want more of. I want to be more spiritual and more centered, and that’s him,” she says. “He wants to be more organized and good with thinking about big picture stuff. Those are traits that we really aspire to learn about each other.”

When discussing the topic of marriage Katy Perry said, “I tried to do it this year and it poo poo-ed on me so ask me again in another year!” says Perry, who canceled a planned wedding this year amid the coronavirus pandemic. “I went through the whole freakin’ process. Right now, we’re just so focused on this [pregnancy], which is exciting. Let’s hope [2021] is different than ’20. Every time we try to make a plan, it switches. It’s really all about going with the flow these days!”

Katy Perry hasn’t disclosed when she and Orlando Blooms baby is due, but from the looks of it very soon. Perry has hinted that it would be around July/August. Her upcoming album is about strength and hope. We’re all hoping that Katy Perry and Orlando Bloom welcome a healthy baby girl soon.