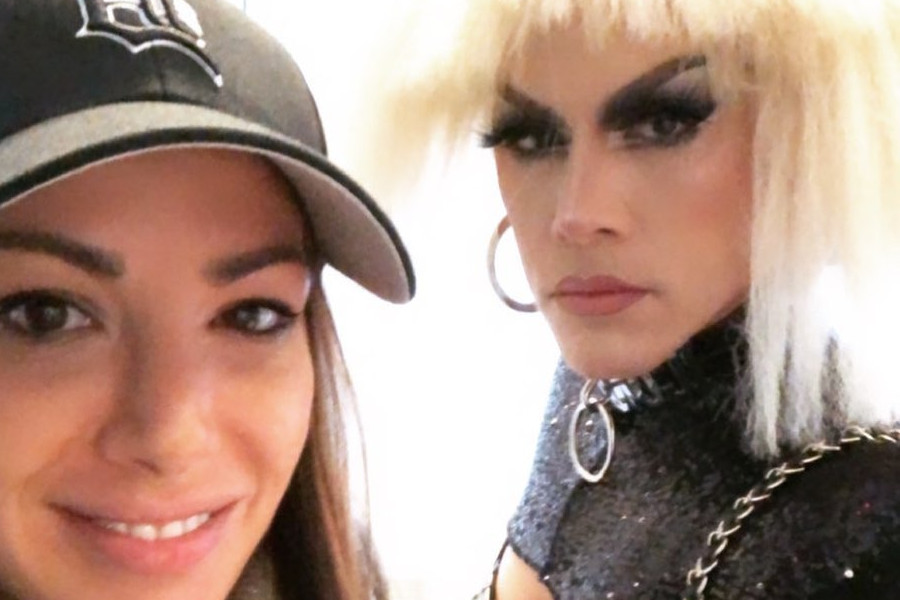 When viewers first met Vanderpump Rules star Tom Sandoval, he was an aspiring actor. He even starred in Bon Jovi’s “Misunderstood” music video in the early 2000s.

Tom had a regular, if somewhat successful modeling career. He was moonlighting as a bartender at Lisa Vanderpump’s SUR when the show began.

At the time, he was living with and dating Pump Rules co-star Kristen Doute. She once joked that he had more hair products and gadgets that she did. It was then that we also learned that Tom shaves his face.

Throughout his time on Pump Rules, he’s shared his love of makeup with viewers. Tom occasionally dresses in drag as his alter ego, Jen Rodd. However, he views regular makeup as a necessity for men as much as it is for women.

In early July, the Pump Rules star announced his new venture: a partnership with the Stryx brand of cosmetics. The line of skincare, such as moisturizer and concealer, will be available at CVS stores nationwide later this year.

In a recent interview with Us Weekly, Tom recounts the company’s humble beginning. Reportedly, the founder, Devir Kahan, was unhappy with his blemish-tainted wedding photos and was “inspired.” Since most makeup is geared toward women, he had to build his own company. Stryx offers skincare and cosmetic products for men.

Tom Sandoval was drawn to makeup in a similar way. He tells the outlet that he first dabbled in makeup during his modeling days. He reveals that his modeling career began when he was just a teenager. However, back then, male models were not given the same attention by makeup artists as the female models. Tom jokes that the makeup artist would spend hours on a female model’s makeup then “give me lip balm.”

As a result, he taught himself the tricks of the makeup artist trade. While he originally used makeup to make his modeling photos better, he encourages people to use makeup for confidence.

Tom says that men “struggle” with feeling comfortable wearing makeup. He suggests that they try the products in the comfort of their own home first. The coronavirus is the perfect time to start experimenting with skincare and cosmetics, after all.

While Stryx is selling just concealer, moisturizer and tinter right now, they hope to expand. The Pump Rules star hopes to “lead by example” in letting men know that wearing makeup is okay. In fact, he often recommends Stryx cosmetics to his friends.

In addition to his new partnership with Stryx, Tom is still part-owner of Lisa Vanderpump’s TomTom bar. With Vanderpump Rules possibly not returning to Bravo, he has several irons in the fire to maintain his lifestyle.

‘Welcome To Plathville’: Is Ethan Unhappy With Who Olivia Is Becoming?
‘BIP’ Natasha Parker Is Moving On, Saying Goodbye To The Past
Lindsie Chrisley Divorce Settlement Details
‘RHONY’ Season 13 Reunion Canceled: What Does This Mean For The Show?
Former ‘Unexpected’ Star Lexus Scheller Is A Mom Again