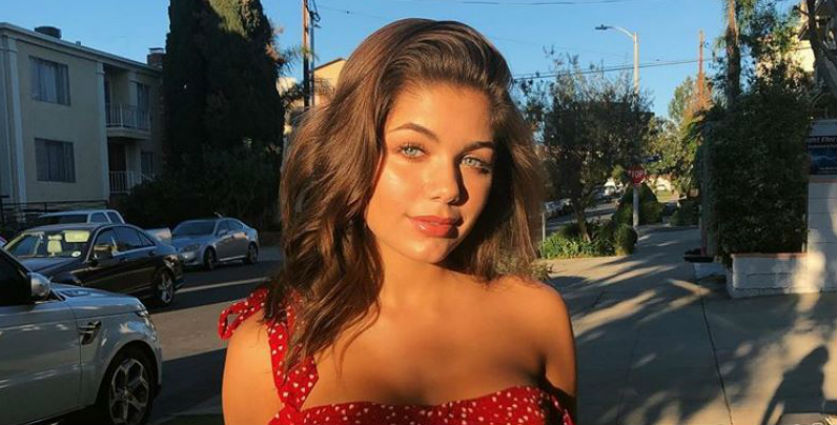 Yesterday added more speculation to the drama surrounding this season of The Bachelorette. Hannah Ann Sluss was seen arriving at the La Quinta Resort and Club. Several pictures emerged of her arriving, toting a large suitcase and talking with producers. Rumors immediately started flying and even Reality Steve didn’t know what to make of the development. Today, insiders are spilling the beans as to why Hannah Ann is on set.

Why is Hannah Ann at the La Quinta Resort and Club?

E!News shared what insiders are saying about Hannah Ann’s presence on The Bachelorette set. Sources said, “Becca Kufrin and Hannah Ann Sluss are there as friends.” They continued, “It’s now transitioning into a regular Bachelorette season and they are there to lend support.”

And, the source feels that they will only be in one episode. Chances are they are following other seasons and there to offer advice. Hannah Ann is just coming off the season of The Bachelor and no doubt has some good advice for Tayshia.

So, it looks like it’s still Tayshia Adams as the leading lady. She was announced as the lead following Clare Crawley’s exit. Reportedly, Clare fell in love early on and just wants to be with her new man. She didn’t want to lead anyone on.

Becca is also reportedly there to offer advice. However, her own relationship has been in the spotlight lately. She is rumored to have split with Garrett Yrigoyen following his support of police officers.

@hannahann being driven around on a golf cart at the resort yesterday… According to @enews she is there as a friend to lend support.. 🤔 (📷 @dailymail) #thebachelorette #hannahann #bachelornation

Many are excited to see Tayshia take the lead

Everyone, including exes, are anxious to see Tayshia as the lead. She is adding even more diversity to the franchise and fans just love her.

Colton Underwood has offered support saying “Congrats @TayshiaAdams—good luck and I hope you find yourself a better kisser.”

John Paul Jones also commented on her new role. He said, “I’m really happy and excited for her on this new journey. I hope she finds the love and happiness that she deserves.”

As far as Hannah Ann Sluss, she is still single. Many wanted to see her as The Bachelorette following her split from Peter Weber. That didn’t happen. And, it appears she is still not getting the role, just offering support and advice.

Fans love Hannah Ann for her strength and openness. When she broke up with Peter, fans loved how she stood up for herself and took nothing from anyone.

Stay tuned for more details. Also, be ready to watch The Bachelorette Tuesdays, this fall on ABC. It looks like it will be a wild ride!