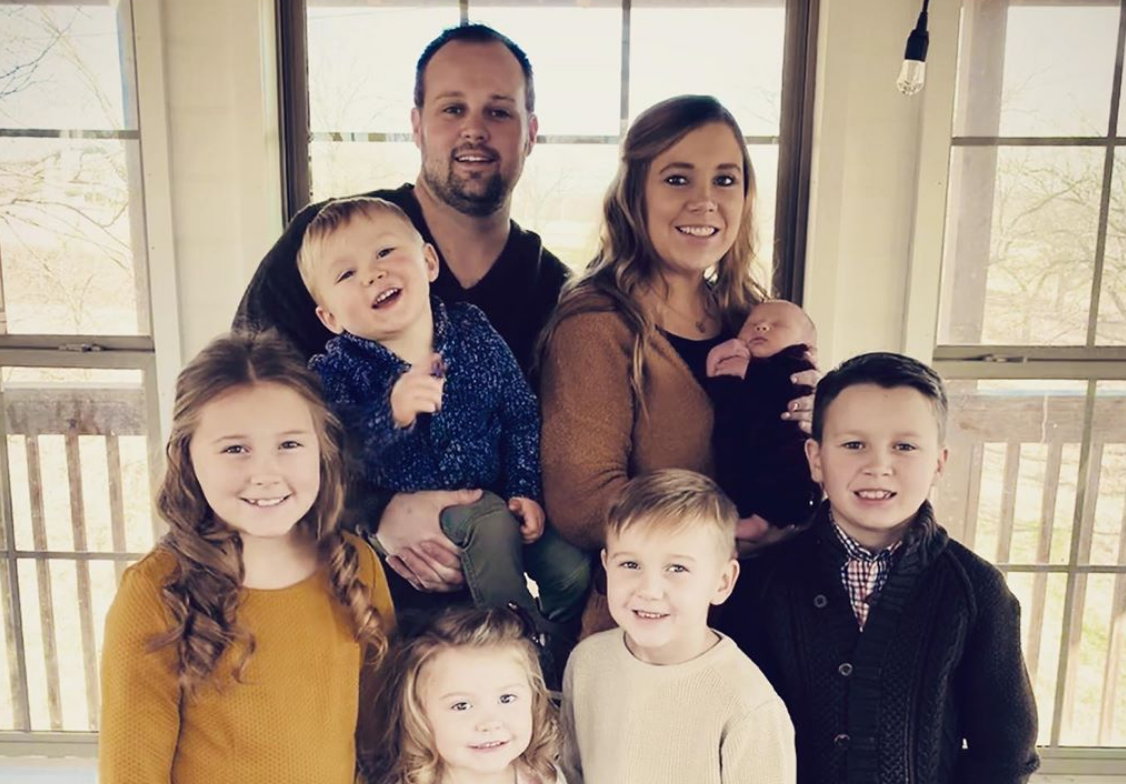 Counting On stars Josh and Anna Duggar have six kids together. Their youngest daughter is Maryella, and she just turned eight months old. The couple’s other children include:

Maryella was named after Grandma Mary Duggar, who tragically passed away in 2019. Maryella was born just a few months later.

On Wednesday, Anna took to Instagram to share the latest update about Maryella. She admits that the post is a little bit late, as Maryella is eight months old as of July 27. But, since she has six kids, fans don’t blame her for posting later.

In the pictures, Maryella is wearing a one-piece outfit with hot air balloons printed on it. She’s also wearing a blue headband. The little one is sitting up in her crib and looking at the camera. She’s even giving her mom a little smile. In one of the pictures, she’s in the crawling position and looks like she’s ready to take off.

As usual, Duggar fans are loving this new update. They are gushing over the littlest of Josh and Anna’s kids. Someone mentions how similar the kids look, writing, “You and Josh have the same baby over and over lol. So cute!!”

Another follower commented and said that Maryella looks like a model. Others say she is cute and that they love her smile.

Just a few hours after Anna shared the post, she had already received 15,000 likes from her followers. So, it seems like Maryella is a big hit.

I’m a little late….but yes Maryella Hope Duggar is 8 months old! One thing Maryella can do is melt hearts with her adorable smile!😍 But there’s one thing Maryella can’t do — sit still! She is crawling everywhere and is ready to take on the world! 🌎 • • • #littleduggars #maryella #8months

Every month, Anna shares a new post about Maryella. In the photos, Maryella is either laying or sitting beside a sign that reads, “It’s a beautiful day to be 8 months old.” Anna changes the sign so it shows how old Maryella is. Along with sharing the photos, Anna gives an update on Maryella’s growth and what the little one is up to.

She’s gotten some backlash for these posts, but she continues to post as most of her followers love to see the updates.

So, what do you think of the new pictures of Maryella? Do you think she’s as cute as Anna’s followers say? Share your thoughts below.

Counting On airs Tuesdays on TLC.