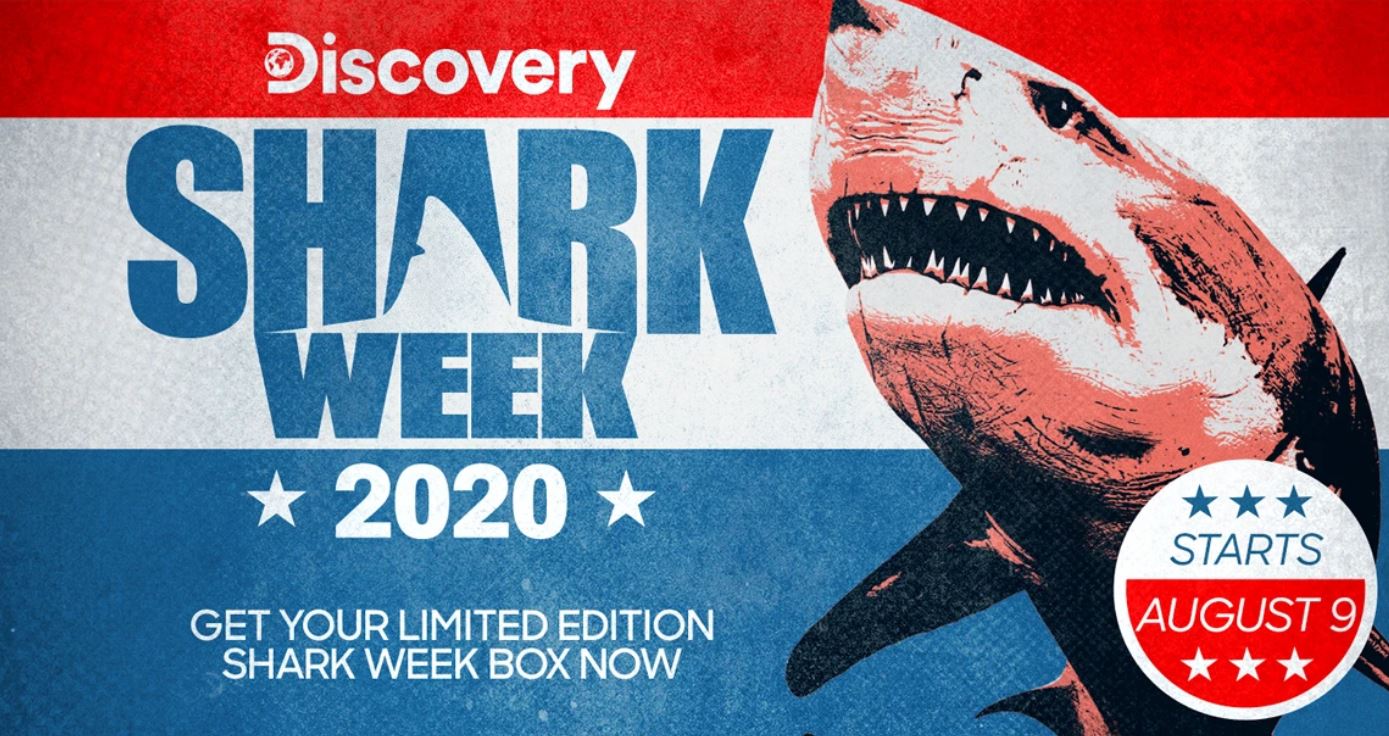 Shark Week is swimming right up on us and we have the hot list, thanks to Discovery’s amazing team, that will help you get in the theme of the week and grab the fun items curated for fans of the TV institution now over 30 years in the making.

Jawsome partnerships, actually as we see that no mammal is left behind, even dogs can get in on the fun.

Are you ready to find the perfect gift for that shark-obsessed loved one? Our favorites are always the Georgetown Cupcake dozen with the shark frosting theme.

Shark Week is television’s longest-running, and most anticipated summer event.

There will be over 20 hours of shark programming throughout the week.  Shark Week’s 2020’s lineup will deliver compelling shark stories and celebrate the 20th anniversary of ‘Air Jaws’.

This year, they outdid themselves for marketing partners to give fans the opportunity to celebrate sharks in exceptional and fantastic ways.

Not just retail items but there are meaningful partnerships designed to protect our oceans. Shark Week and non profit Oceana are working together to help protect sharks which include advocating for the passage of the Shark Fin Sales Elimination Act of 2019.

Our Shark Week “finfare” picks include:

In partnership with the Discovery team, priority was made to feature items in the box that support small US businesses, are eco-friendly and enjoyable by dogs of all breeds and sizes.

MLB Network is once again returning as a partner for Shark Week telecasts, original documentaries, highlights, insights and analysis.

Fly away with Southwest Airlines! They are returning as a partner for the seventh year. While inflight, Southwest passengers experience sharktastic content via the Inflight Entertainment Portal’s custom Shark Week TV Series Channel, which houses a library of Shark Week episodes, plus a never-before-seen episode, Tiger Shark King, which passengers can watch more than 30 days ahead of its premiere.

Additionally, Southwest passengers can tune in to Discovery Channel beginning Sunday, August 9, and continuing through Sunday, August 16, via live TV onboard Southwest WiFi-equipped flights for their Shark Week fix.

Discovery notes that returning partner, Ubisoft, a leading creator, publisher and distributor of interactive entertainment and services, with a rich portfolio of world-renowned brands is back too. Discovery notes: “Founded in 2009 and acquired by Ubisoft in 2013, Future Games of London is a game studio specializing in original free to play game for mobile and tablet devices. Ubisoft will design and develop a Shark Week in-game integration within Hungry Shark Evolution. They will also include Shark Week-themed loading screen, tune-in pushes and promo running on pre-game load screen in Hungry Shark Evolution and Hungry Shark World.

The best for last? TV Shows Ace has a sweet tooth, we cannot lie. Lastly, Georgetown Cupcake’s Shark Week 2020 delicious dozen shipped all over are here once again!

It’s a pandemic, come on, eat the fondant fin already!

Did we say we LOVE those cupcakes? We did.