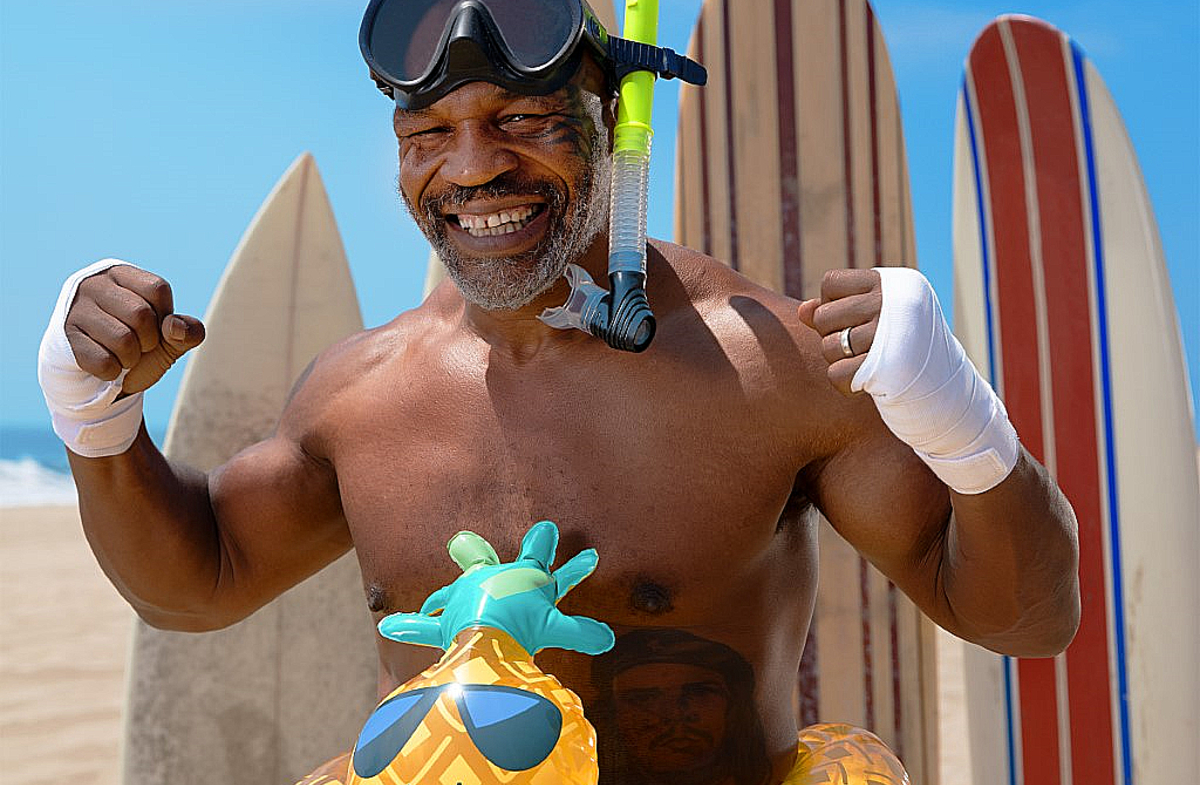 Shark Week is nearly here, and the former heavyweight champ Mike Tyson is looking to take the bite out of Jaws this summer.

Discovery sent TV Shows Ace a fun promo that shows off the pugilistic terror, famous for biting an ear off while boxing Evander Holyfield, to take on the sharks in their latest video sharknanigans.

Legendary boxer and entrepreneur Mike Tyson is taking on a new challenge…and he picked the most unlikely training partner.

Titled “Tyson vs Jaws – Who Has The Stronger Bite?” The clip takes a look at the anticipatory event that has graced our summertime TV viewing for three decades now.

Shark Week is an American institution that requires little prologue. This toothy TV phenomenon has been television’s most anticipated summer event and this year, the pop culture phenomenon descends to the depths deeper than ever before with new discoveries, new technology and new co-stars for the sharks.

This combination of all age range programming, from the sublime to the scary, the informative to the silly has become the destination for must-watch shark programming, and this year, heavyweight champ Mike Tyson kicks off the week by throwing his hat in the underwater ring.

Mike Tyson is doing what?

Iron Mike will go head to head with one of the ocean’s top apex predators in Tyson Vs. Jaws: Rumble On The Reef.

Not only do they have Tyson but the boxing announcer extraordinaire, famous for “Let’s get ready to rumble”, the one and only Michael Buffer calling the shots.

Discovery says: “These two heavyweights will square off underwater, where Mike Tyson will try to score a TKO over the massive shark… all in the name of research. And don’t worry, no sharks were harmed (or bitten) in the making of this episode.”

“I took on this challenger to overcome fears I still deal with in life,” said Tyson in a press release. “I equate this with overcoming my fear of getting back into the ring at 54 years old. I learned from this experience doing Shark Week that whatever intimidates me, I am still able to step up to the challenge of overcoming anything that would prevent me from accomplishing my life’s mission of reaching my highest potential in life and bringing me closer to God.”

Shark Week will deliver the latest in science and technology to capture the secret lives of sharks taking viewers where cameras have never been before.

In addition, Discovery has extras for the sharkies. The viewers get new and innovative ways through digital and social media platforms, partnerships with nonprofit groups, affiliates, education programs, and more.

Discovery will leave no shark fan behind, bringing the #SHARKWEEK experience to viewers across digital and social media platforms. Viewers will have a 360 multi-platform experience uncovering the latest shark news and hot topics around the globe. And because there’s still a lot you don’t know about sharks – follow Discovery on TikTok, Facebook, Twitter, and Instagram for updates on all the latest programming and even some bite-sized facts you never knew you needed. Head over to SharkPickles.com for a tease of what’s coming at you! Viewers can also check out this year’s SHARK WEEK 2020 promo with Mike Tyson on Tik Tok.

Mike Tyson is in the Underwater Ring | Shark Week 2020

Who you got in Mike Tyson vs. Jaws? The heavyweight champ joins #SharkWeek August 9 on Discovery. Learn more at SharkWeek.com