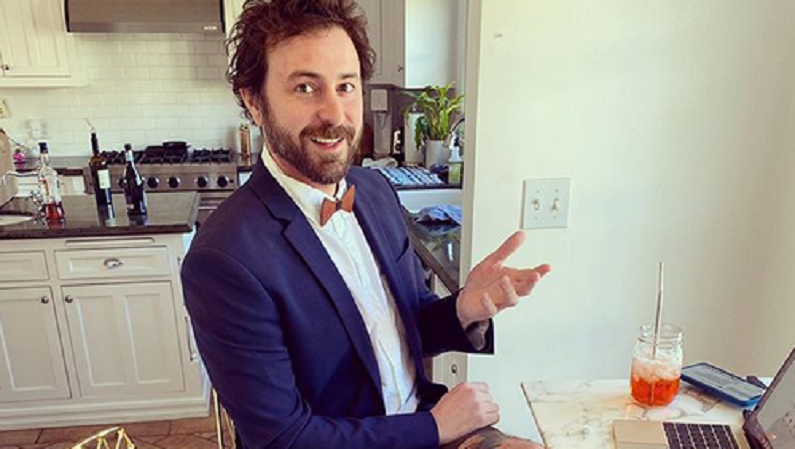 Beau Clark and his fiancé Stassi Schroeder are giving fans a glimpse at their baby’s nursery. The Vanderpump Rules alumni have been actively working on it together. Stassi has been making good use of her interior decorating skills. Beau gave his followers a glimpse at their unborn child’s nursery.

They plan to spoil their daughter. Posting to his Instagram Stories on Tuesday, August 4, he shared a snapshot that proved that it’s still a work in progress. This comes after Beau jokingly called their new crib a “prison.” However, his followers haven’t liked any of his dad jokes lately.

Beau Clark took to his Instagram Stories to share a photo from their nursery. Stassi Schroeder’s little girl will be a spoiled little princess. The former VPR star shared a photo of their daughter’s metal crib that featured a white canopy, as per The Blast.

“Now this is better! Great job @stassischroeder!” Beau wrote on the photo.

The beautiful crib perfectly fits in with Stassi’s sense of style. Aside from the fact that their daughter will enjoy sleeping in it, Beau also showed a frame that’s not yet hung on the wall.

He shared a black-and-white photo with “xo” written on it. It appears their daughter’s room will have muted colors.

Beau Clark previously joked that the nursery “looks like a prison”

Stassi Schroeder and Beau Clark are looking forward to their daughter’s arrival in January. Beau previously took to his Instagram Stories to give his followers a glimpse at their baby girl’s crib. This came after Stassi showed off her latest pregnancy looks that accompany her ever-growing baby bump. In Beau’s previous post on Instagram Stories, he shared a photo of the barebones crib they purchased, as per Reality Blurb.

“Ummm. Looks like a prison,” Beau wrote in the caption of a photo posted on Tuesday, July 28. He also included an animated cat hanging from the crib with the message, “Hang in there.”

The decision was made after ex co-star Faith Stowers recalled a time when Stassi and Kristen called the cops on her for a crime she didn’t commit. They thought she looked like a Black woman who was wanted for robbery. Outraged viewers demanded the network to get rid of both stars.

Since then, Stassi has kept a low profile. She stayed off of social media until she returned to announce that she’s pregnant with her first child and she’s having a girl. Stassi and Beau were supposed to get married in Italy in October. But they postponed the ceremony until 2021 due to the coronavirus pandemic.

Vanderpump Rules Season 9 has not yet been confirmed.

Kim Kardashian Reveals True Meaning Behind Met Gala Look
‘SW’ Christine Brown In Touch With Her Evil Inner Villain?
The ‘Pawn Stars’ Crew Were Famous Before Their Own Show
Kanye West Wasn’t As Committed To Kim Kardashian As She Is To Him
Riley Christian Shares If He’s Spoken To Brendan Morais Since ‘BIP’