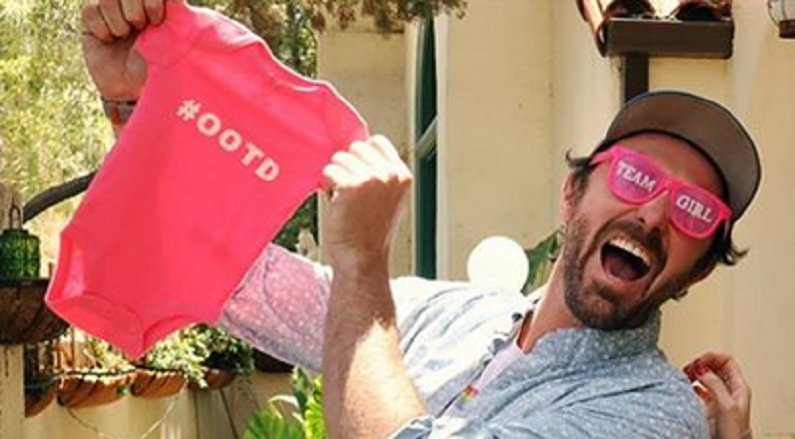 Beau Clark had no idea what he was in for when he returned to social media. Stassi Schroeder’s fiancé made a daddy tweet that didn’t sit well with fans. They think he’s “ignorant” about the Vanderpump Rules scandal. It’s unclear what they expect him to say.

Some fans are waiting for Beau and Stassi to address the Bravo firings. The network fired Stassi Schroeder and Kristen Doute for their racist remarks and actions. While Stassi and Kristen have since apologized, fans have not forgotten. Over the weekend, some of them trolled Beau about the ongoing situation.

As per The Blast, Beau Clark took to Twitter to ask his followers suggestions on dad nicknames. Some fans would say that Beau returned like nothing ever happened. Fans have been waiting for Beau and Stassi to address the firing scandal, but it looks like it’s not happening anytime soon. The couple has babies on the brains. When Beau tweeted suggestions for names, most followers felt the timing wasn’t right.

Some of them attacked Stassi Schroeder and claimed that she’s having him test the waters on whether it’s good to post on social media again. As TV Shows Ace previously reported, Stassi has made a slow return to Instagram. She’s only popped up on her Instagram Stories and in her friends’ comments sections.

On Sunday, August 2, Beau Clark tweeted, “What should my daughter call me?” Then he rattled off a list of names like, “Daddy. Dad. Pappa. Padre. Pops. Baba. Beau (rebellious faze). Dad. Vater…Vader! #pewpewpew.”

Beau thought his tweet was funny. However, his followers didn’t see the humor in it. They slammed him for cracking a joke following the VPR firings. They accused him of moving on with life after Stassi got the boot for a racist incident involving her former Black co-star Faith Stowers.

Beau Clark got some major heat for his tweet. Vanderpump Rules fans trolled him with different suggestions. No, they didn’t suggest a new nickname for the proud father-to-be. Instead, they suggested that he should address the firings.

“Seriously. Do you really want someone to answer this question honestly?” one follower tweeted. Another fan suggested that Stassi “has paid enough emotionally, publicly and financially” following her firing from the show. But then another user jumped in and argued that “being insensitive and not woke to the privilege does not equate racist.”

I was raised by great women, and the lessons I learned from them I’ll FW to my daughter and then some! She will be great, powerful, humble, kind, loving, compassionate, and a dash from Kesha… 🎶“She’ll be a motherf*cking WOMAN!!!🎶 #thankful

Most fans are torn on Beau’s tweet. Most of them found it cute. But there are still some who find the timing odd. There was one who summed it up best.

“Yeahhhhhh I’m gonna let this one just slide. #Ignorance is bliss I guess,” the user concluded.

Stassi Schroeder and Beau Clark are expecting their first child in early January.

Tori Roloff Says Matt Is Very Controlling – Here’s Why
Duggar Cousin Amy King Offends All Her Male Followers With One Post
Savannah Chrisley Gets Picked Up In New Guy’s Sweet Truck
‘AGT’ Klek Entos: Who Is The Man In A Bizarre Mask?!
Katie Thurston Responds To Fan Calling Her Out Over Risque Behavior