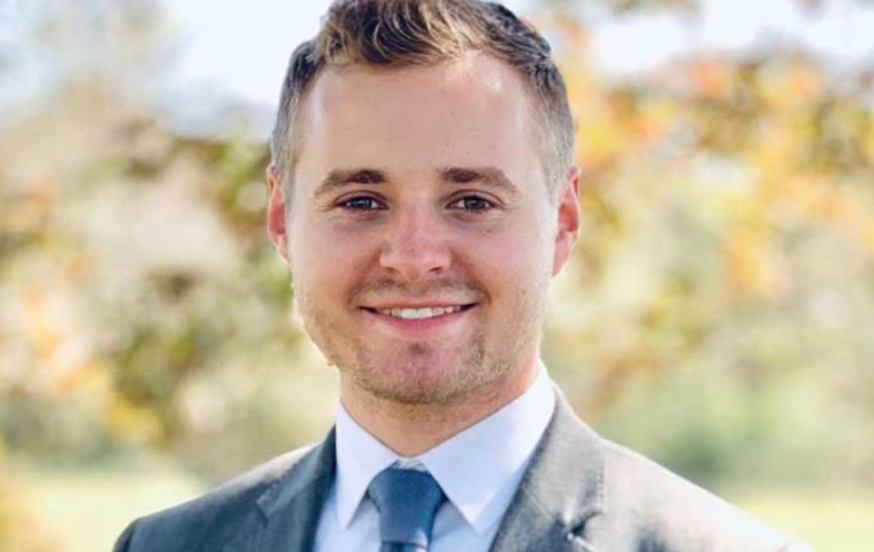 On Tuesday, Jedidiah Duggar of TLC’s Counting On shared a new Instagram post. The post includes three photos. The first one is of himself and his eldest sister, Jana, and the other photos are of the view on the siblings’ bike ride. While Jed talks about their “beautiful bike ride,” fans are focusing on something else.

In the photo of Jed and Jana, she looks a little different. She is wearing glasses, which isn’t typical for her. Plus, she’s wearing a helmet as they were on a bike ride. For this reason, some fans are confused and don’t realize that it’s Jana in the photo. Some even think that Jed is courting someone.

In one comment, someone says, “Totally thought this was a new courtship for 2 seconds! 🙈😆” To this, another fan said, “I thought the same thing before I realized it was Jana! Lol.” Plenty of other Duggar fans chimed in and agreed with that original commenter.

Someone else was quick to remind these users that Jed and Jana are related, writing, “eew it’s a brother & sister!”

In addition to the conversations about a possible courtship, fans also noticed that Jana might be wearing pants, as reported by TV Shows Ace.

Of course, plenty more fans are just happy to see that the siblings had some one-on-one time together. They love the views that Jed snapped pictures of too.

Which Duggar could be in a courtship?

There are a handful of Duggar kids who are of courting age. So, an announcement might come at any time. Fans are especially curious, as Jim Bob previously said that something is “brewing.” Whether that’s a courtship or something else is still unclear at this point. But, fans are eager to find out if there’s another courtship around the corner.

Because these Duggars are all able to court, fans are on the lookout for any hint of a courtship. So, that’s likely part of the reason they were confused about Jed’s post.

It’s also worth noting that some people believe that Jed isn’t qualified enough to be running for state representative due to his lack of life experience. Some fans have voiced this concern and think that him getting married would increase his chances of winning. So, that’s another reason why fans think Jed should be courting very soon.

So, did you think the picture was of Jana or another woman? Share your thoughts below.

Witney Carson Opens Up About COVID-19 Battle While Pregnant
‘Married at First Sight’: Paige Dishes on Sit-Down with Chris & Ex
John Webster & Alyssa Bates Bought A House – Take A Look Inside!
‘My 600-lb Life’ Update On David Bolton: Where Is He Now?
Tammy Slaton Gains Weight After COVID Diagnosis, Slips Into Depression