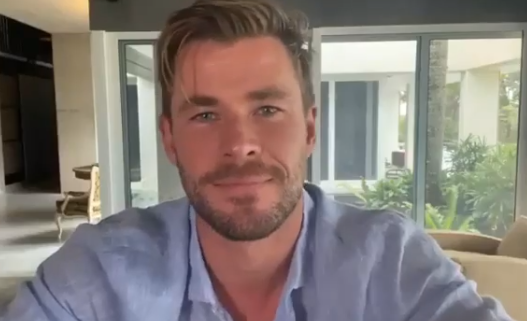 If you love Chris Hemsworth, it’s time to celebrate. The muscular Marvel superstar will host a special on the National Geographic channel. Shark Beach will explore how humans and sharks can live in harmony. It will also focus on why shark attacks in Australia are rising lately.

Chris Hemsworth is A Friend to the Environment

“I’ve spent a great deal of my life near or in the ocean, sharing the same backyard with sharks, and recently there’s been some growing concern regarding an increase in shark activity,” says the 36-year-old actor. The Hemsworth family is passionate about activism. They also donated $1 million to support Australian wildfire relief earlier this year.

Geoff Daniels, National Geographic’s unscripted programming executive vice president, is very excited Hemsworth agreed to do the project. He says that celebrities like Hemsworth can “raise awareness and impact behavior through their incredible social platforms.”

This isn’t the first time Hemsworth has been part of a Nat Geo series. The Thor star also took part in the network’s Born Wild series to commemorate Earth Day.

I’m honored to be a part of @natgeo’s Born Wild series, as they put the spotlight on @friends_of_the_koala @currumbinwildlifehospital and the incredible work they’re doing to rehabilitate the wildlife affected by the devastating fires in Australia. I got to meet an adorable koala cub named Ember and follow her recovery journey. Check out this special premiering on #EarthDay…

However, we will have to wait a little longer before we can all tune in to Shark Beach. The show isn’t scheduled to premiere until next summer. But if you needed to get your shark fix right away, we have some good news. Starting on August 9, you can watch SharkFest on Nat Geo WILD.

Shark Week 2020 Comes to the Discovery Channel this Weekend

The Discovery Channel is pretty famous for its own shark week every summer. This year’s big event begins on August 9 and runs through August 16. Shark week has a long history. Fans enjoy it every year, dating back to when it first premiered in 1988.

Critics often complain about shark-based programming because of its content. So many of the shows focus on sensationalizing attacks and stirring up fear. The network is trying to steer clear of that and focus more on conservation these days. This year, they will take a look at the shark fin industry.

“The fight against this brutal practice is supported by Discovery and other Shark Week partners who are creating content to educate fans about why healthy oceans need sharks and are raising money in support of Oceana’s campaigns, which include advocating for the passage of the Shark Fin Sales Elimination Act of 2019,” the Discovery Channel said.

Are you a big shark week fan? Which program has been your favorite over the past few years? Share your thoughts with us in the comments. Don’t forget to stay tuned. We’ll have more information about your favorite deep-sea programs coming up shortly. Follow TV Shows Ace on social media and stay informed!