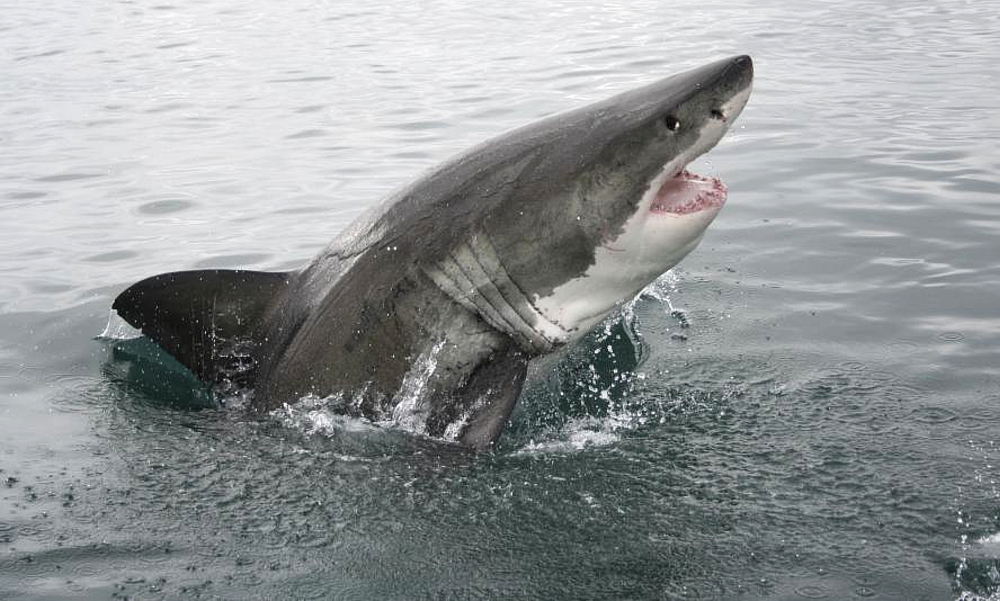 Sharks have two reasons to jump out of the water! Discovery is geeking out already over their Shark Week summer franchise back in August this year.

And though the beaches may be more void of humanity thanks to COVID—the gift that keeps on giving—the sharkies are still out there happily waiting for anyone to dip their toes in the water.

But sharks, as we learned today, have more reasons to love life.

The male sharks apparently have a couple of Johnsons to crow about. Two penises for one shark, and teeth that regenerate themselves when broken. Not a bad deal.

Discovery has announced the 2020 Shark Week event which will begin on Sunday, Aug. 9 and run through Sunday, Aug. 16.

The network also shared the teaser that educates viewers sharks have two penises.

Shark Week is TV with teeth and legs for longevity, and has been coming at you since 1988.  Jaws author Peter Benchley was one of their very first hosts!

Fan favorite films are also rerun. Undoubtedly this series has inspired more children to become marine biologists and ichthyologists than anything on the smallscreen.

The idea from Shark Week came from the legendary John Hendricks according to a 2014 interview with former Discovery group president Eileen O’Neill.

She said: “It started with a scheduler and the founder of the company, John Hendricks, brainstorming. They started with the premise that sharks are such predatory beasts, and rated well, and thought, ‘What if [we] took advantage of the August beach time?'”

Shark Week made scientific history in 2001. It was Air Jaws: Sharks of South Africa that captured the first-ever footage of great white sharks jumping high out of the water.

The event airs in August this year and it was originally a TV programming event for edutainment with conservation efforts and correcting misconceptions about sharks at the forefront.

It still has conservation as its core value, and has expanded with celebrities and fun fact-filled specials. The event enlists famous folks like comic and explorer Rob Riggle and basketball legend Shaquille O’Neal.

This year, Oceana and Discovery are teamed up again to help protect sharks, which are threatened by a global shark fin trade that includes fins from as many as 73 million sharks each year.

The fight against this brutal practice is supported by Discovery and other Shark Week partners who are creating content to educate fans about why healthy oceans need sharks and are raising money in support of Oceana’s campaigns, which include advocating for the passage of the Shark Fin Sales Elimination Act of 2019.

Over time it became a hallowed institution for the folks of Discovery. And since 2010 it has been the longest-running cable television programming event in history.

Check out the latest promo from Discovery, and remember to check back here at TV Shows Ace for more information about scheduling shows and exclusive interviews and previews as well.

Shark Week starts August 9 on Discovery.
Viewers will have a 360 multi-platform experience uncovering the latest shark news and hot topics around the globe. Make sure to follow Discovery on TikTok, Facebook, Twitter, and Instagram for updates on all the latest programming and even some bite-sized facts you never knew you needed. Head over to SharkPickles.com for a tease of what’s coming at you! Viewers can also check out this years SHARK WEEK 2020 promo on Instagram and Twitter.