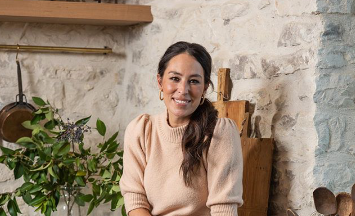 Fans looking for some good news during such a strange time will be happy to know the king and queen of fixing up houses are returning. Chip and Joanna Gaines have announced, they will be back on television in 2021. Originally their new network, Magnolia, was going to launch in October, but that has changed because of COVID.

The couple said, “The day we wrapped our final episode of ​Fixer Upper,​ we really believed it was a chapter closed. We knew we needed a break and a moment to catch our breath. But we also knew we weren’t done dreaming about ways to make old things new again.” Their show, Fixer Upper, ran for five seasons and had over seventeen million viewers a week during the final season.

Chip and Joanna Gaines couldn’t get away from doing what they do best. The two not only redesigned the headquarters of their network, but they renovated a hotel in their hometown of Waco. The couple said, “these past few years, we’ve continued tackling renovations and projects, doing the work we’re passionate about, but​ I don’t think either of us anticipated how the show would become such a permanent fixture in our hearts.”

They said they missed sharing their stories and family moments with their fans. They have five children from the ages of fifteen to two. The two said now they have had time to refresh and spent the time they needed to with their family.

They Have A Few Exciting Shows Lined Up For The Network

Chip and Joanna Gaines have a lot of programming for their new network according to People. They created the channel with Discovery Inc. They are counting a Fixer Upper reboot in their lineup along with many more series. Fans of the show Fixer Upper are thrilled to know the couple will soon be back on their televisions fixing up houses and bantering like only they can.

One is Brian Patrick Flynn who is an interior designer out of Atlanta. The other is Jonathan Morris. Morris will go across the country helping small business owners get off the ground. The founder of Floret Flower Farm, Erin Benzakein, has a show where she’s trying to turn twenty acres into an organic flower farm in just a year. They also have their friends in a show. Abner Ramirez and Amanda Sudano Ramirez as they tour with their band Johnnyswim along with their small kids. Joanna said, “one of the biggest motivators for building this network was a desire to tell the stories of brave people who are chasing big dreams.”

Joanna also posted on her Instagram about a cooking show she’ll be doing. She said, “I’m so excited to be back in your homes today. Tune in to HGTV for a one-hour special where we pulled together some of the videos the kids filmed of me cooking over the past couple of weeks. PLUS, we’re ending the episode with a sneak peek of my cooking show that will be airing on Magnolia Network in the coming months!” Fans have a lot to look forward to when it comes to programming on the new network.