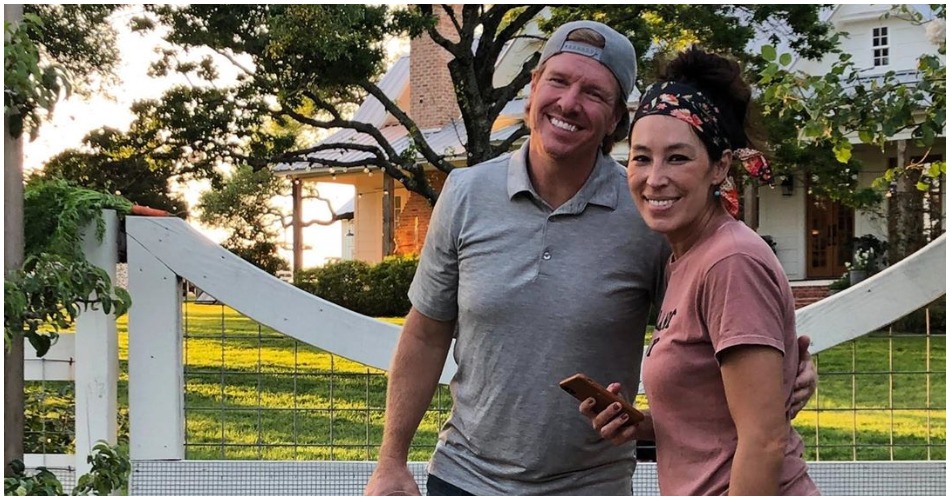 Fixer Upper alums Chip and Joanna Gaines seem to have it all. But, the Magnolia superstars HGTV fans know today weren’t always successful. Nor was what they have today handed to them. They worked hard for what they have. They struggled. They even worried about losing everything.

Confirmed by People Magazine, the Fixer Upper couple recently got candid about the road to getting where they are now during the closing session of INBOUND in Boston on Friday.

Fixer Upper alums once ended each week with concern and stress.

According to Joanna, there was a time where the couple ended each week worrying if things would work out.

While Fixer Upper is no longer airing new episodes on HGTV, the series was a huge success. It is still wildly popular among fans who have no qualms about re-watching the show.

Umm.. y’all! @INBOUND was absolutely incredible. The menu. The venue. The seating!! Laura (pictured in the middle)! All of it. If you’ve never been, put it on your bucket list. Til next time Boston.. pic.twitter.com/X2jIcSFJcG

If Joanna and Chip had given up when things got hard, they wouldn’t be where they are today. They may not have their five beautiful children. And they certainly would not have their booming Magnolia empire.

“We kept pressing through, even in those hard times. The value of what we learned in that is something I’d never want to do again, but I’d never not want that. The hard is what makes us appreciate this.”

Ultimately, Joanna is relieved they continued to push past the difficult times.

Building a business with your spouse isn’t for everyone.

As those who were also fans of Flip or Flop know, the perfect and pretty picture on screen isn’t always a reality. While Chip and Joanna haven’t met the same fate as Tarek and Christina El Moussa, they acknowledge that it isn’t easy building an empire with your significant other. It certainly isn’t for everyone.

Adding to the conversation, Chip explained how he and his wife are able to make things work. They are opposite. They disagree. But, they are a powerful couple.

“This is a very hard thing to do, to work together with someone you also have a relationship and a family with We definitely disagree. It’s not perfect. But for Jo and I, it really is a special bond we’re extremely proud of. We work really well together. We’re this odd yin and yang, this whole opposites attract. It really was this powerful chemistry that happened early in our marriage. We enjoyed spending time together, taking on challenges together. I would argue that at the end of the day, we learned early that we’re a lot stronger and powerful when we’re pulling together, as opposites to pulling against each other. We’re a powerful force when we operate like that.”

Chip continued to reveal that the real reason they are able to make things work is because they have a mutual respect for each other. He explained that disagreeing came with the territory, but it was not losing respect for each other that allowed them to work things out when they weren’t in agreement.

Joanna also questioned her worth.

There was a period of time where Fixer Upper alum Joanna also questioned her worth in the business. She struggled to believe she contributed enough to the growth of what she and her husband were building together. According to Gaines, she spent years struggling with fears that she wasn’t good enough.

“We all have a gift that we have to offer to the world. The sooner you know and believe it the better,” she deduced.

The couple also admit to being “old school” as they don’t own a television.

Share your thoughts on the Chip and Joanna’s candid reveal in the comments below.