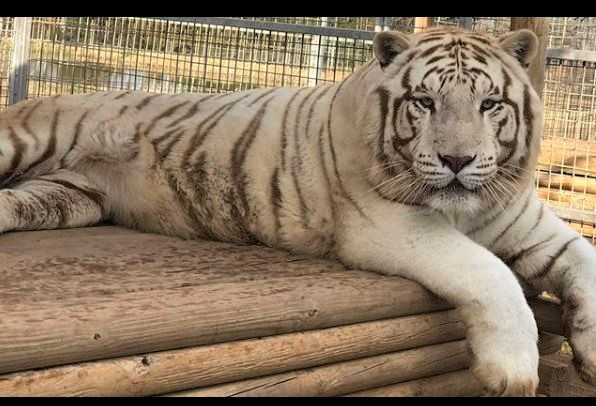 A Facebook page called ‘Wynnewood Zoo: Information Sharing‘ has uploaded alarming videos and pictures from the zoo. Some photos may be hard to view.

This photo was from last week. Why is it that no one I have spoken to, who went to the zoo this weekend, can say they…

The photos and videos are endless. Videos show a guest to the park getting a water hose to fill up the water for a bear. Another video reveals how easy it was to touch the bear quoting, “Someone is going to get killed at G.W.”

Tiger King‘s own star John N. Reinke commented on the Facebook page, saying, “With all that has been found and the evidence why has a necropsy order not been put in place by the USDA!!!! How about that answer Bonnie Boone(USDA) inspector and don’t tell me it don’t exist!!!!”  The Greater Wynnewood Zoo didn’t take much time before coming back at John. They wrote,

“John Reinke you dare to run your animal killing mouth? If we didn’t stop you June 12, 2018, you would have killed 26 lions and tigers the night I caught you with needles loaded with euthanasia drugs. As it was you killed Safari and Ledue two perfect healthy tigers, before I could throw your ass off the zoo. You even planned to kill Bonedigger so you could have him stuffed for your living room. Remember that? You and Joe killed more tigers and sold more cubs than anyone on EARTH. You falsified USDA records, kept birth logs in pencil so you could change the numbers as you sold cubs. Keep running your mouth you POS. Why don’t you drag your sorry a** up here and inspect the animals in person instead of being a keyboard warrior?”

No one wants to take responsibility for the conditions of the animals or their actual living conditions.

In June, Baskin was awarded the Greater Wynnewood Zoo. Carole received the zoo due to and unpaid judgment from Joe from back in 2013. Joe, the Tiger King himself is serving a 22-year prison sentence on two counts of murder-for-hire and numerous charges related to the animals he kept. Jeff Lowe took over the park but the judgment against Joe still came through in June 2020.

Lowe has referred to the zoo’s conditions as “complete hell,” telling Entertainment Tonight that he has no plans to fix anything before turning it over to Baskin. “She can have these 16 acres of haunted memories.”