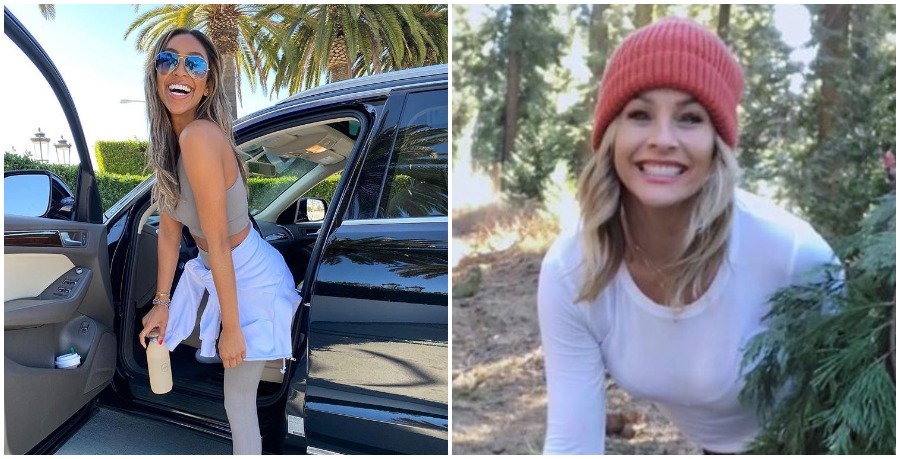 The drama continues to unfold regarding the filming of the 2020 Season of The Bachelorette. Fans are anxious to learn more about Tayshia Adams replacing Clare Crawley as the leading lady. Official news has not come down from Bachelor producers, but many news outlets are reporting sources confirming the switch. Now, even more details are starting to emerge about this crazy start to the season.

Many news outlets are reporting new information regarding Tayshia replacing Clare. E! News shared details from a source who claims to know what is going on. They said, “The producers have told her that the season will still lead with Clare and her short-lived journey, and will show Clare falling in love with one of her suitors. Clare will then conclude her journey and announce that Tayshia is the lead.”

People also shared information about the big switch. A source told them, “One of her potential guys found a way to get in touch with her and they began talking. By the time filming officially began, they were basically already in love. No one else stood a chance. It just became so obvious from her subsequent few dates that her heart wasn’t in it and she just wasn’t feeling it. Then she said she wanted out.”

While that may seem cut and dry, the sources also teased other information. They said, “There’s more to the story than just [Clare] falling for someone and not wanting to see what else could happen with other men.”

Rumor has it Clare fell in love with Dale Moss and the two are already engaged.

Tayshia expressed interest in being the lead

When the search was on to name The Bachelorette, Tayshia was in the running with Clare. They were both interviewed and for whatever reason, Clare was chosen. Tayshia said at the time she would be honored to take on the leading role. She didn’t get a chance then, but it’s looking more and more like she is now.

Following being runner-up on Colton Underwood’s season of The Bachelor, Tayshia headed to BIP. She hooked up with John Paul Jones. They dated for a bit, but ultimately they went their separate ways.

Four months following their split she announced she was ready to date again. There has been nobody serious in her life, which also gives her the opportunity to be The Bachelorette. Fans are excited to see Tayshia take over for Clare.

It will be very interesting to continue to watch the drama unfold. There is beginning to be zero doubt this really will be the most dramatic season ever.