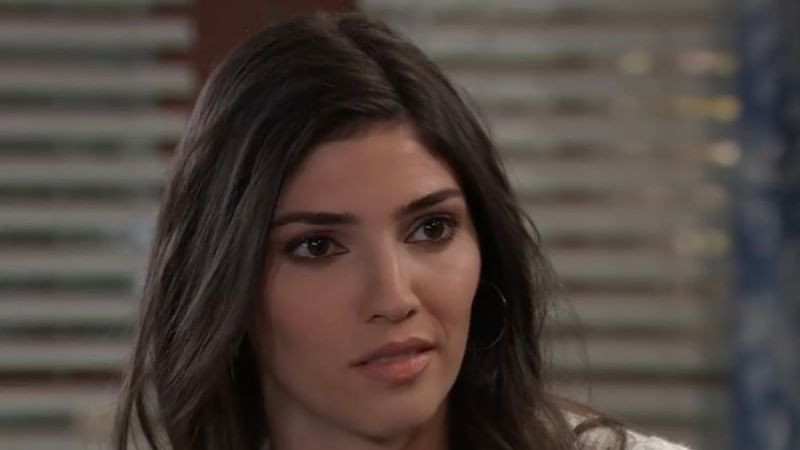 General Hospital fans are finally getting new episodes. However, it will be without two familiar faces. Kelly Monaco is taking a step back from her role as Sam McCall. Additionally, fans of Amanda Setton will soon find another actress temporarily playing Brook Lynn Quartermaine. Daytime Confidential first broke the news of the temporary replacement.

Passions and Days of Our Lives alum Lindsay Korman-Hartley steps into the role of Sam for two weeks. Lindsay shared a photo of her time on the General Hospital set. She captioned the photo, “Covid set life.”

Us Weekly reports that Kelly had a breathing issue. She was sent home for a 14-day quarantine.

Kelly’s mother took to social media to assure fans that her daughter is okay. She reveals that the Dancing With The Stars champ had difficulty with the “Covid mask.” However, Carmina Monaco tells fans that Kelly’s COVID-19 tests have been negative. Kelly is due back on General Hospital next week.

Kelly is safe and healthy. First day back she had a hard time with the Covid mask and was given a rather unexpected 14 day quarantine even though she tested negative twice for Covid and a third negative test for Covid antibodies. She is excited to get back on set next week.

As fans know, Lindsay is the ex-wife of Passions star Justin Hartley. The couple split in 2012 after eight years of marriage. They share a daughter, Isabella. The former soap actor has moved on to primetime with a lead role on NBC’s This Is Us.

In 2017, he married Days of Our Lives alum Chrishell Stause. However, the marriage did not last very long. In November of 2019, he shocked fans by abruptly filing for divorce. The divorce proceedings are on-going.

When the news broke of Lindsay temporarily joining General Hospital, one media outlet made a huge error in their report. They used a photo of Justin’s first wife, Chrishell, in the article’s cover photo. Somehow it came to the attention of Chrishell. She promptly called the outlet out on social media. She wrote, “Wrong ex wife” in a post sharing the incorrect article.

The actress is somewhat new to General Hospital viewers. She joined the show in late 2019 as a recast Brook Lynn Quartermaine. The role was previously played by Adrianne León.

While Daytime Confidential broke the news, they didn’t have many details at the time. The Inquisitr reports that the actress took a leave of absence to go on maternity leave. However, the outlet doesn’t say if she recently gave birth. They speculate that perhaps she’s newly pregnant.

ABC has yet to announce who will temporarily play Brook Lynn. Check back with us for updates. Be sure to tune in to new episodes of General Hospital weekdays on ABC.