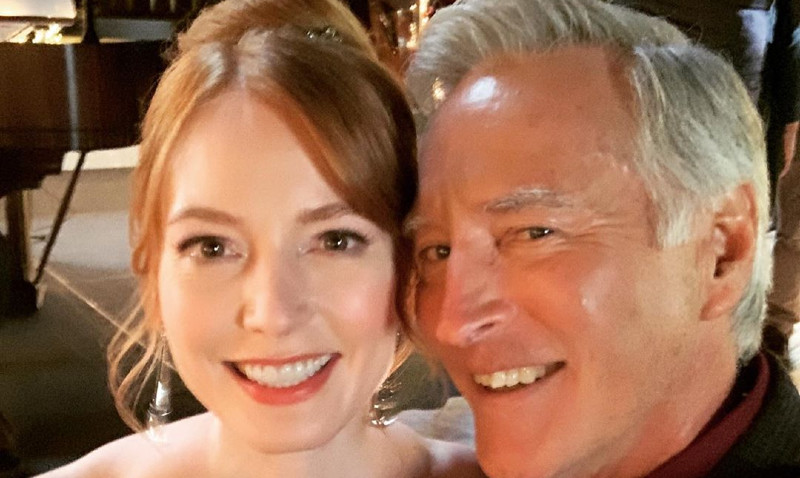 Television viewers like to joke that every actor has been on Law & Order at some point in their careers. Hallmark Christmas movies are the new ‘in’ thing to do for actors of all genres. Days of Our Lives soap star Drake Hogestyn is the latest to join the network’s beloved Christmas movie franchise.

Drake Hogesyn has been a Days of Our Lives staple since 1986. He took over for Wayne Northrop as Roman Brady. Years later ‘Roman’ found out that he was actually John Black. However, many fans still consider him Roman. Along with Deidre Hall as Marlena, Drake is half of arguably the most popular couple pairing in DOOL history.

With the coronavirus shutting down production on soaps, Drake hasn’t been filming for DOOL. However, he took to his social media on August 2 to announce a new acting adventure. The soap star is joining the Hallmark Christmas movie family!

He reveals that he will co-star in Hallmark’s upcoming Christmas Tree Lane.

Excited to announce I’ve joined the @hallmarkmovie family! We were able to shoot #ChristmasTreeLane safely and it will be coming to your living rooms this holiday season! Thankful for this incredible opportunity that was only exceeded by working with @aliciawitty and @AWALK35 pic.twitter.com/oRmsKozVQe

The DOOL star also shared that his co-stars in the movie are Alicia Witt and Andrew Walker. Both are familiar to Hallmark viewers, appearing in several of the channel’s Christmas movie fare.

A Parade article about the movie gave more details about the plotline and his role in the film. Soap fans used to seeing Drake as the male lead may be disappointed to find out that he plays Alicia Witt’s FATHER in the movie. He may still have a meaty part, but not the way fans are used to seeing him.

According to Parade, Alicia’s character will fight to save the family’s record store from being demolished by developers. One developer played by Andrew Walker, of course. As Alicia is known for her singing and her acting, she will play a music teacher. Additionally, the multi-talented star will perform songs that she’s written herself.

Parade notes that Hallmark has yet to announce an air date, but fans can expect the movie in October. It is one of the channel’s upcoming Countdown to Christmas movie marathon. The marathon kicks off October 23 across the Hallmark Channel and Hallmark Movies & Mysteries channels.

DOOL Resumes Production in September Amid Mass Exodus of Stars

Days of Our Lives is set to resume filming on September 1. The NBC show was the only soap able to air new episodes during the television production shut down. This is due to the sudser filming six months in advance. DOOL has enough new episodes in the can to last through at least October.

But fans shouldn’t worry. CBS soap The Bold and The Beautiful is back to filming, with new episodes already airing. Sure, using blow-up dolls and mannequins makes for awkward viewing. However, fans are willing to accept the post-COVID safety precautions if it means watching their daytime dramas!

When DOOL does return to television with new episodes later this year, it will be without a significant number of actors. Last month, long-time DOOL star Kristian Alfonso (Hope Brady) announced her departure from the show after 37 years. This came on the heels of Greg Vaughan (Eric Brady) confirming his exit from the soap. Shortly after Kristian’s announcement came the news that Victoria Konefal (Ciara Brady) is leaving as well.

Online chatter suggests that two big names are also leaving the show. Does Drake’s new gig bode badly for his status on DOOL? Check back with us for updates. Days of Our Lives airs weekdays on NBC.

‘My 600-lb Life’ Update On David Bolton: Where Is He Now?
Is Janelle Brown The Only ‘Real’ Wife In Kody’s Life?
‘Married at First Sight’: Amber Bowles Makes A Big Move
Ryan Sutter Finds It Difficult To Rest While Recovering
Wait, Does Amy Or Michael Halterman Have COVID-19?