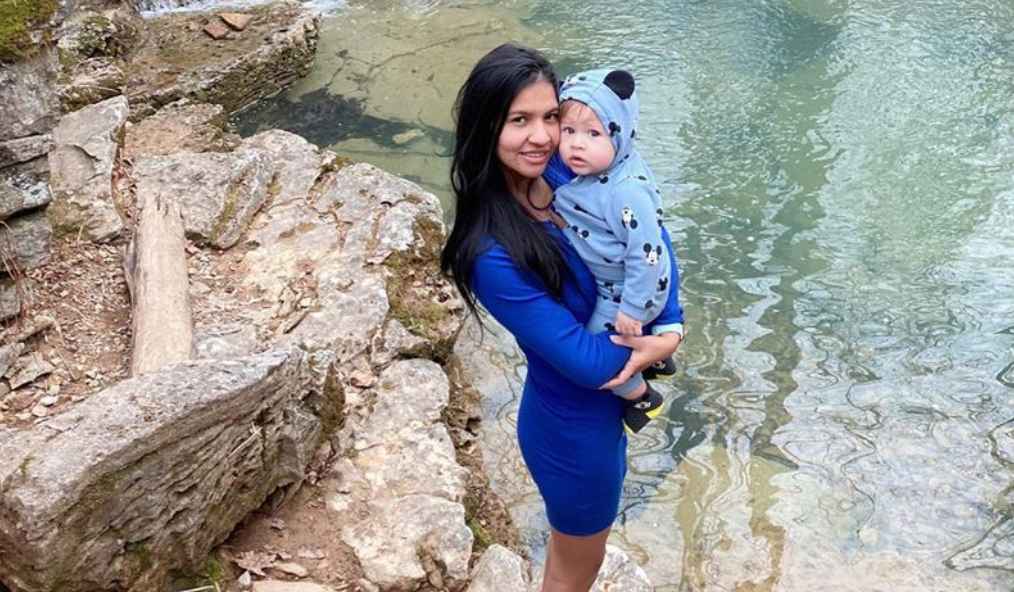 It was recently reported on TV Shows Ace that the police had been called to 90 Day Fiancé stars Paul and Karine Staehler’s home. This was after an explosive fight between the two. Shortly afterward, Paul said Karine had gone missing, along with their son, Pierre, causing fans to be concerned about their welfare. A social media post made earlier today reveals that Karine is alive and well.

Paul and Karine have been having a rough time of it. Initially, they were living in Brazil, but Paul was unable to find work. They decided to move to the United States. However, due to a lack of finances, the pair had trouble finding a suitable home. Paul eventually found a one-room house for them to live in, but things have not been happy since then, including the major fight.

After the explosive fight happened, Paul opens up to say they were doing a call, when he looked over and saw Karine talking to a Brazilian lawyer. She was apparently discussing child support and divorce and he asked her what was going on. This led to an explosive fight where police had to be called in. Soon after this, Paul announces that Karine has gone missing, along with their son Pierre.

Karine and Pierre are alive and well

A message from Karine was shared in a tweet posted by Lalas Land earlier today and captioned, “Update on Karine. She is safe” with the hashtag #90DayFiance.

In her message, the 90 Day Fiancé star writes that she wants everyone to know that she and Pierre are doing well. Karine writes that over the last few days, she had a lot going on. As could be seen in the media, she had issues where the police were called out. This was because Karine feared for her life and the life of her son, Pierre.  Karine asked for help and she was ultimately rescued from what she describes as “an environment that no longer was healthy“ for any of them involved in the situation.

Karine continues by writing she is getting the best help she could ever get. She says she is “really thankful for all the people involved in it.” Karine also wants to thank all the people that worry about her for the support they have given her. She says this support has played a large part in her recovery.

Karine went on to say how hard relationships are and that sometimes, they just can’t be fixed. She says she needs some time to organize her thoughts. Karine wants to work on herself and care for her son after everything they have been through for the last year and a half.

The 90 Day Fiancé star wants to clarify that the EPO was her. She says she had help from a translator, as she doesn’t speak English. Karine stresses that she is not missing. The police know where she is if they need her. The TLC reality star closes by saying this is a legal matter and not a “media matter.” Karine says this is the first and the last time she will speak about it.

It is good to know Karine is safe and being cared for. No doubt, more of the story will come out in due course.