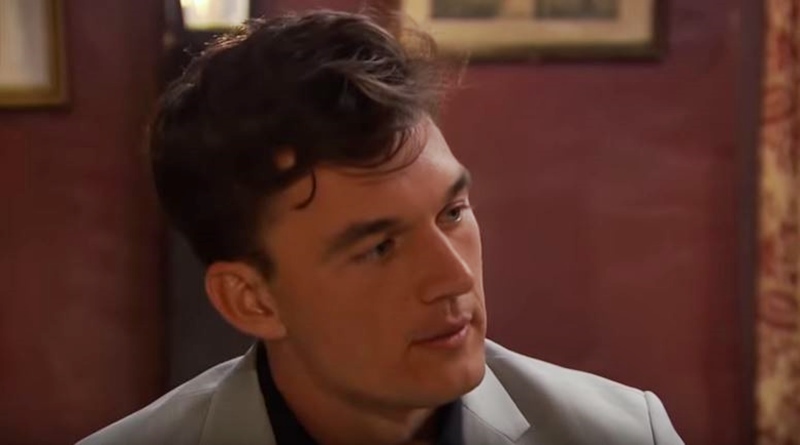 The Bachelorette with Hannah Brown premiered in May last year. Fans met Tyer Cameron. However, later Hannah gave him the boot and chose Jed Wyatt instead. If you don’t recall, she later asked him for a date after she dumped Jed as well. But, he moved on with Gigi Hadid. After they broke up, he spent time with Hannah during the coronavirus quarantine. Now he once again spoke about how much he’d like a shot at the Mirror Ball trophy on Dancing with the Stars.

We reported in May last year, that the introduction video for the show revealed him dancing. While at work, he took off his shirt and danced while he worked. Back then, Reality Steve described Tyler as a bit like “Kevin Bacon in Footloose.” But, the ABC guru seemed unimpressed with his talent. News came at the same time, that “Tyler nearly became a “dancing major at Wake Forest.” Since then, fans heard many times how much Tyler would love a chance at Dancing with the Stars.

Ironically, Hannah Brown went on from The Bachelorette and won the Mirror Ball Trophy with Alan Bersten. Actually, many fans hoped for Tyler on the dancing show. But, speculation came that Tyler probably cooked his goose with ABC after he literally walked out of an all-night date with Hannah into the arms of Gigi Hadid. Apparently, he also got considered for The Bachelor but turned it down. Nevertheless, it sounds like he’d jump at a DWTS opportunity.

Tyler speaks about a chance on DWTS

Speaking to E!News last week, Tyler seems desperately keen on the DWTS show. He loves the idea of it, and described it as “so much fun.” Once again, he reminded the outlet that he nearly became a “dance minor in college.” And, it seems that Tyler’s ready for any sort of dancing. He said, “get on the dance floor and who knows what will come out of me.” In fact, Tyler declared how much he “loves dancing,” despite the fact that his friends tease him about it a lot.
Certainly, his multitudes of besotted female fans wouldn’t mind seeing him on the show. And, maybe his chance at the Mirror Ball trophy comes one day. Recently, Kaitlyn Bristowe also from The Bachelorette heard the news she got selected for the show. In the meantime, fans follow him on TikTok and see him doing some dance moves over there. Plus, fan sites and his own Instagram gets flooded with adoring fans. And, he accumulated over two million of those fans in just over a year.
In a recent post that Tyler shared about enjoying some summer fun in Florida, plenty of fans asked Tyler if he’ll marry them. Would you like to see Tyler on Dancing with the Stars? Sound off in the comments below.