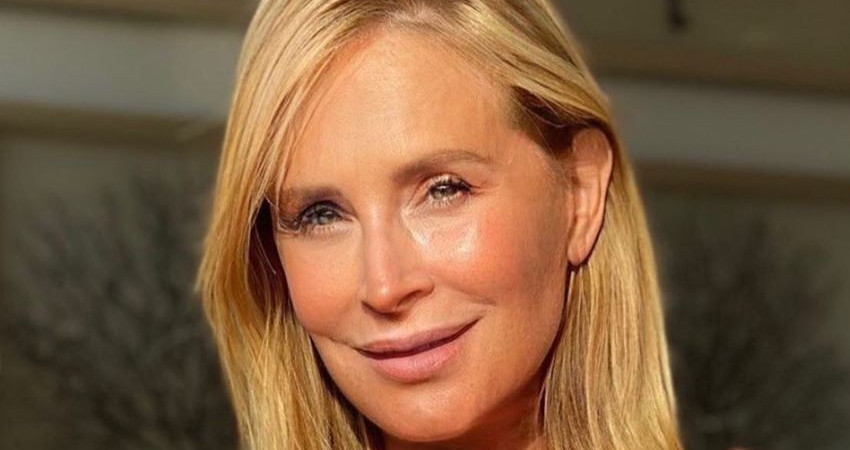 Fans have noticed something different about The Real Housewives of New York star Sonja Morgan. The speculation started over the July 4th weekend. The reality star posted a paid advertisement to her Instagram. In the photo, Sonja looks 20 years younger. Some fans chalked it up to an Instagram filter. Others questioned whether the New Yorker had gone under the knife.

After weeks of chatter, Sonja revealed the truth behind her new look.

On Monday, July 20, Sonja put the rumors to rest. She posted a photo collage of two strikingly different photos on Instagram. In the caption, she admitted to a recent “lower facelift and neck lift.” The photo collage of Sonja before-and-after was also posted to her surgeon’s social media, People reports.

In the caption, Sonja gave the doc, Dr. Andrew Jacono, a shoutout. She wrote, “I entrusted my face to the best @drjacono and he hit it out of the park.” Lest anyone accuse her of having surgery during the COVID-19 pandemic, she reveals that she had the surgery months ago. “After Season 12” finished filming, she wrote.

According to Sonja, the surgery was brought about after noticing “wrinkling on [my] neck and the jowels [sic] that were starting to form.” She admits that no one noticed her imperfections except for her.

Fighting gravity and exhaustion, Sonja needed a “pick me up.” She opted for a Deep Plane Facelift. She explains the procedure in more detail in her Instagram photo caption. See the post below. ET reports that the surgery cost a whopping $75,000.

There’s been speculation around my fresh new look. I got a lower facelift and neck lift after wrapping Season 12. I just wanted to be rid of the wrinkling on my neck and the jowels that were starting to form. People thought I was nuts because it was so subtle. But not to me! It was a no-brainer – gravity had taken its toll, I was also exhausted and I needed a “pick me up”. I entrusted my face to the best @drjacono and he hit it out of the park. He uses a method called deep plane which goes under the muscle so your skin is still attached. Your blood flows and your face stays vibrant and heals fast. Pick up his book #parkavenueface to read more. I did! #drandrewjacono #selfcare #beautytips #feelgood #lookgood

Sonja Isn’t the Only Bravolebrity Undergoing the Knife Recently

Despite the coronavirus quarantine, several others affiliated with the Real Housewives franchise have recently had plastic surgery.

The Real Housewives of New Jersey’s Jennifer Aydin had multiple surgeries. She opened up to Page Six about her tummy tuck, breast reduction and more! In all, she says she lost 15-pounds after the various surgeries.

Another 10 pounds was gone from dieting. Jennifer reveals that she was following a weight loss program endorsed by her RHONJ co-star Teresa Giudice.

Speaking of Teresa, her 19-year-old daughter, Gia Guidice, recently went under the knife, too. She revealed on her Instagram that she had a nose job. Not surprisingly, her mom fully supports Gia’s choice. More surprisingly is her dad’s reaction.

As fans know, Joe Giudice officially lives in Italy. He lost his final deportation appeal earlier this year. Therefore, he keeps up with his kids on social media. Joe didn’t seem to have a problem with Gia’s plastic surgery. In fact, he told her she looks beautiful.

Tell us in the comments – does it surprise you that so many Bravolebrities are being honest about their plastic surgeries?

The Real Housewives of New York continues Season 12 Thursdays on Bravo. Watch the promo below of Ramona Singer’s reaction when a party gets out of hand.

Next On RHONY: Ramona Singer Wants It Shut Down!