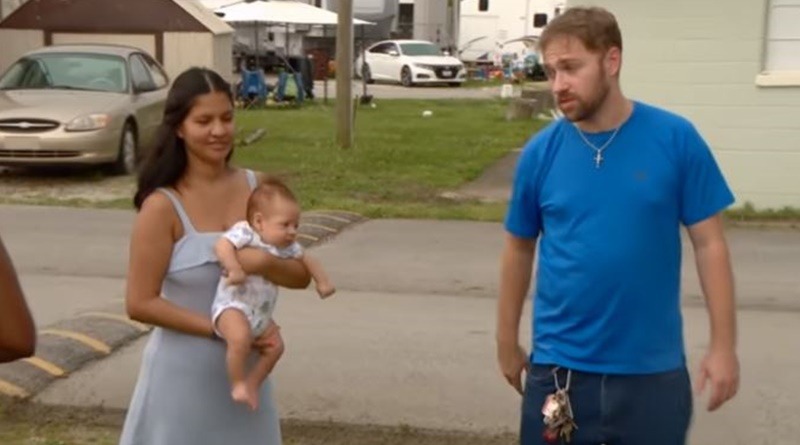 90 Day Fiance fans know much drama comes from Paul Staehle and Karine at the moment. They got into one of those famous fights again on Thursday and she called the cops. Then, he updated again, saying that she called the cops back again. This time, allegedly because the internet went down. Amidst all this drama, Paul just told the whole world that he tested positive for an “STD.”

90 Day Fiance – Paul posts about testing for STD on Instagram

We reported that the current drama arose after Paul caught Karine texting her Brazillian lawyer again. She often does that, and time after time, Paul panics and tells all his fans about it. Anyway, it became another fight. The cops came, according to Paul but never arrested him. Later, they returned. This time, after the internet went down. She apparently felt he tried limiting her contact with the outside world. This time, Paul noted the police seems a bit displeased about the call-out.

Naturally, 90 Day Fiance fans follow all this drama on social media. Actually, Paul’s not totally unpopular with TLC fans. But, they almost universally seem against Karine. Seemingly, no matter how hard Paul tries, she simply remains grumpy and a bringer of doom. Plus, they think she’s super lazy and won’t even tidy up the kid’s room. In fact, they think she makes no effort at all in helping Paul make a successful life for them and their child. But, sometimes Paul says more than he should on social media. Now, he said he tested positive for an “STD.”

After news about the cops, Paul went back onto his Instagram Stories. This time, he said that Karine’s family can’t contact her as she “powered down” her phone. So, he asked people to try and let them know she’s okay. Next, he popped up a slide about STD, followed by a short clip of him in a hospital. He said he tested positive for SD and he gets “treatment” for it now. His card read, “Tested positive for an STD…wtf.” He added, “I have never cheated on my wife.”

Fans can’t comment on Stories, but @90dayfiacnenow screenshot it and shared it on their account. There, many 90 Day Fiance fans discussed the news. Some of them feel he should keep this sort of thing private. But, others know Paul reaches out to his fans when he feels stressed. One fan wrote, “Yes he’s odd and certainly should keep this private but damn I feel bad for him.”

Another fan commented, “😯well if she’s been off cheating on you that’s where it came from 😢.” Actually, 90 Day Fiance fans heard that Karine apparently got it on with a trainer. So, one said it probably came “from that guy she was texting when she was pregnant.”

What do you think about Paul telling the whole world he tested positive for an STD? Sound off in the comments below.