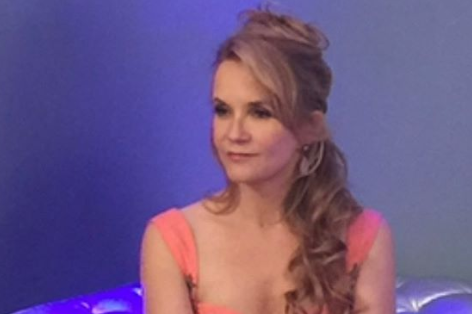 The Ellen DeGeneres Show has been getting hit from all sides as former and current employees are now speaking out against what they have called a “toxic work environment”. Several actors and actresses, including Lea Thompson, are speaking up about the issues. Warner Brothers initiated an investigation and interviewed dozens of employees past and present. They released a statement about their findings saying, “[We are] disappointed that the primary findings of the investigation indicated some deficiencies related to the show’s day-to-day management.”

In light of the employees opening up about their experiences, Hollywood celebrities are also adding their voices. Brad Garrett tweeted on July 31st after Ellen made an official apology to her employees. Garrett wrote in his post, “I know more than one who were treated horribly by her”. He continued saying that the mistreatment was “Common knowledge.”

Employees of The Ellen Show initially complained about their treatment based on the Covid-19 response. Employees were “distressed” because there was a lack of communication and work hours were affected. These complaints later lead to a report published on July 16th.

In this report, the employees explained the “toxic” environment working on the show. The employees that have spoken to news outlets have requested to remain anonymous so they do not face reprisal. But these individuals placed most of the blame at the feet of the executive producers and managers.

Former employees also stated that there wasn’t a formal process to file confidential complaints. This lack of accountability allowed the perpetuation of this abusive the cycle. A former employee also blamed the parent company for the environment.

“Warner Brothers has a responsibility not just to the people who work on The Ellen Show, but to its viewers and its shareholders to make sure people are protected on the job, and that they’re not harassed, and they’re not working in an environment that is toxic and unhealthy.”

It Comes From the Top

Garrett stated in his post, “Sorry it comes from the top @TheEllenShow.” So, while producers and managers are responsible for their actions; Ellen also shares some of the blame. One former employee was quoted saying, “If [Ellen] wants to have her own show and have her name on the show title, she needs to be more involved to see what’s going on.”

Sorry but it comes from the top ⁦@TheEllenShow Know more than one who were treated horribly by her.⁩ Common knowledge. DeGeneres Sends Emotional Apology to Staff – Variety https://t.co/D0uxOgyyre

In the wake of the reports and allegation, three executive producers made a joint statement accepting responsibility. They apologized for any negative experiences and “promised to do better.”

“Over the course of nearly two decades, 3,000 episodes and employing over 1000 staff members, we have strived to create an open, safe and inclusive work environment. We are truly heartbroken and sorry to learn that even one person in our production family has had a negative experience.”

Ellen wrote a formal apology to her staff in the wake of the allegations and reports. In this letter, she admits that because the show has her name; she is ultimately responsible for what takes place. However, she goes on to say, “As we’ve grown exponentially, I’ve not been able to stay on top of everything and relied on others to do their jobs as they knew I’d want them done. Clearly some didn’t”. Ellen promises her employees that she will make sure it “does not happen again.”

However, former and current employees do not believe that Ellen was not aware of the issues; despite her apology. One former employee stated, “She knows. She knows s[…] goes on, but she doesn’t want to hear it.” Another person said Ellen just “doesn’t want to know.”