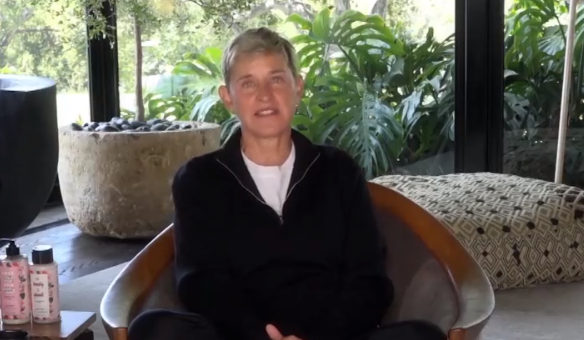 Things may not be all rainbows and sunshine backstage on The Ellen DeGeneres Show. Some new reports paint the long-running show in a very dim light. The claims say workers faced unfair working conditions during the pandemic. Racism accusations have also surfaced over the past several weeks. WarnerMedia is currently investigating the situation.

According to Variety, “Executives from show producer Telepictures and distributor Warner Bros. Television sent a memo to staffers last week saying they have engaged WBTV-owner WarnerMedia’s employee relations group and a third-party firm, who will interview current and former staffers about their experiences on set.”

Racist Reports Made By The Ellen DeGeneres Show Staff Members

After BuzzFeed’s story about racism accusations broke back in June, the show’s executive producers addressed the situation.

“We are truly heartbroken and sorry to learn that even one person in our production family has had a negative experience. It’s not who we are and not who we strive to be, and not the mission Ellen has set for us,” they said. They continued, “For the record, the day to day responsibility of the Ellen show is completely on us. We take all of this very seriously and we realize, as many in the world are learning, that we need to do better, are committed to do better, and we will do better.”

Examples of racist behavior included many microaggressions and making jokes at the expense of two Black staff members.

Racism reports are stemming up all over Hollywood these days. Several cast members of Bravo’s Vanderpump Rules were fired after incredibly racist and insensitive social media posts resurfaced. It may be a bit longer before we have more details. However, if Ellen staff members lose their jobs as well, we wouldn’t be very surprised. Racism and bullying have no place in the modern workforce and we shouldn’t allow it to continue.

Ellen herself has frequently expressed support for racial equality and BLM protestors.

We must do more. @sir_twitch_alot

Pandemonium Amid the Pandemic

The working condition complaints are related to the Coronavirus pandemic. Variety reported in the spring that Ellen crew members received very little communication about their job status. They asked questions but received few answers. When the executives did issue a statement, they told staff members to expect a 60% pay cut, even if the show continued to air. From there, things only got worse. Read through the Variety article to grasp the full scope of the situation.

Ellen DeGeneres constantly tells her audience members and fans to just “be kind.” However, it seems things are wildly different behind the scenes.

For more stories like these, be sure to regularly check back with TV Shows Ace. We’ll post an update as soon as we know any more about this developing situation.