Mariah Brown is a trending topic in Sister Wives fan discussion groups right now. And, this is largely because yesterday was her birthday. Based on the chatter in some of these discussions, many Sister Wives fans do not even care for Mariah Brown. In fact, some have noted they will be happy with a few days pass and they don’t have to hear so much about Mariah.

Now, as we previously reported, Mariah Brown’s hairy “nasty” arm pits got Instagram talking. The chatter started after her partner Audrey Kriss penned a beautiful tribute to her “babylove.” The tribute included three photos. The second photo featured Mariah with her hairy pits on full display. And, as we previously reported, Instagram was not too happy about it. Many insisted hairy arm pits were disgusting.

The hairy arm pits caused Mariah to catch some heat from the LGBTQ community. Many wanted it clear that hairy arm pits and lesbians should not be connected. Not everyone was criticizing Mariah for it. In fact, some believed it was her body and her choice. But, they still wanted people to separate lesbians and body hair. Because they are two different personal choices.

Is Mariah Brown ‘the man’ in her relationship?

Now, Mariah Brown’s arm pit hair did get Sister Wives fans talking. Talking about the dynamics of a homosexual relationships. Some noted that arm pit hair on a lesbian did not make sense. They insisted they were homosexual because they wanted to be with a silky, smooth, and beautiful woman. They did not want to be with someone hairy. If they did, they would just be with a man. Others, however, thought this was very narrow-minded thinking. They insisted sexuality had nothing to do with shaving or not shaving. 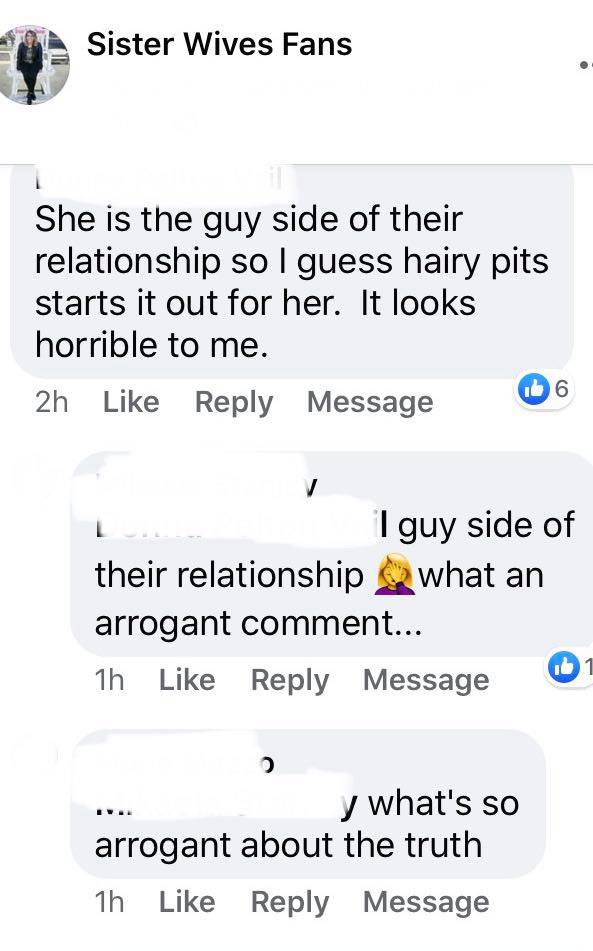 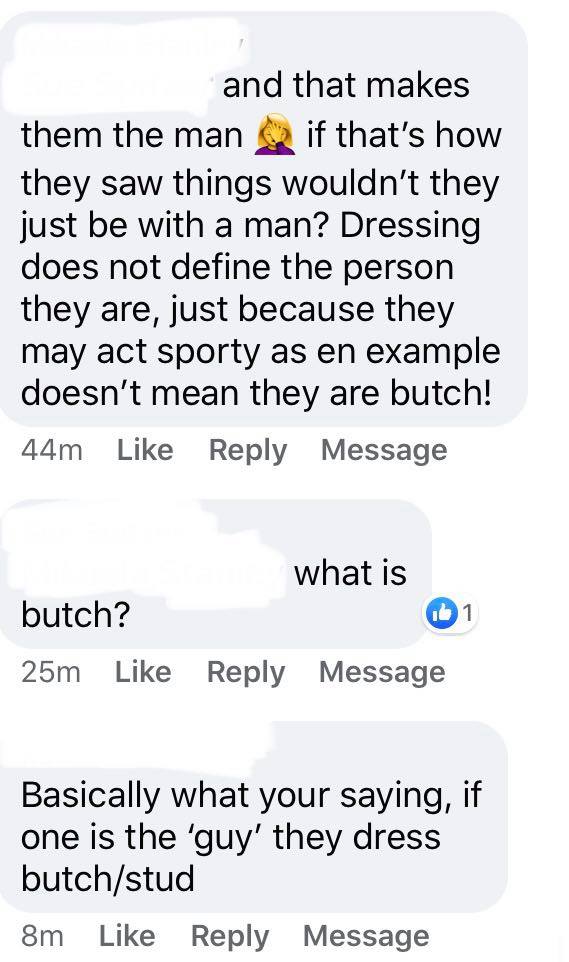 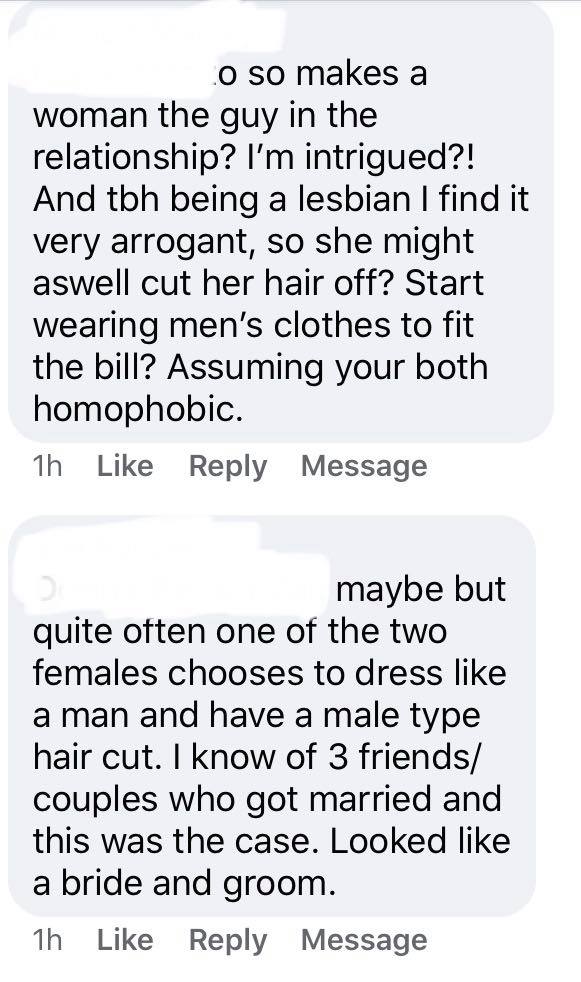 In Facebook fan group chatter, some noted her arm pits were hairy because she was “the man” in her relationship with Audrey Kriss. This particular conversation quickly got heated. Others chimed in that it was insulting to lesbians to question who was “the man” in the relationship as they were clearly both women. These individuals insisted a relationship didn’t have a man slot to fill.

Lesbians joined into the chatter noting that there are different styles and types of lesbians. But, that lesbians are still very much women. These Sister Wives fans insisted that asking who “the man” in a lesbian relationship is always going to be insulting. Move over, many pointed out this was only Audrey and Mariah’s business.

So, what are your thoughts on “the man” in Audrey and Mariah’s relationship? Tell us about it in the comments.