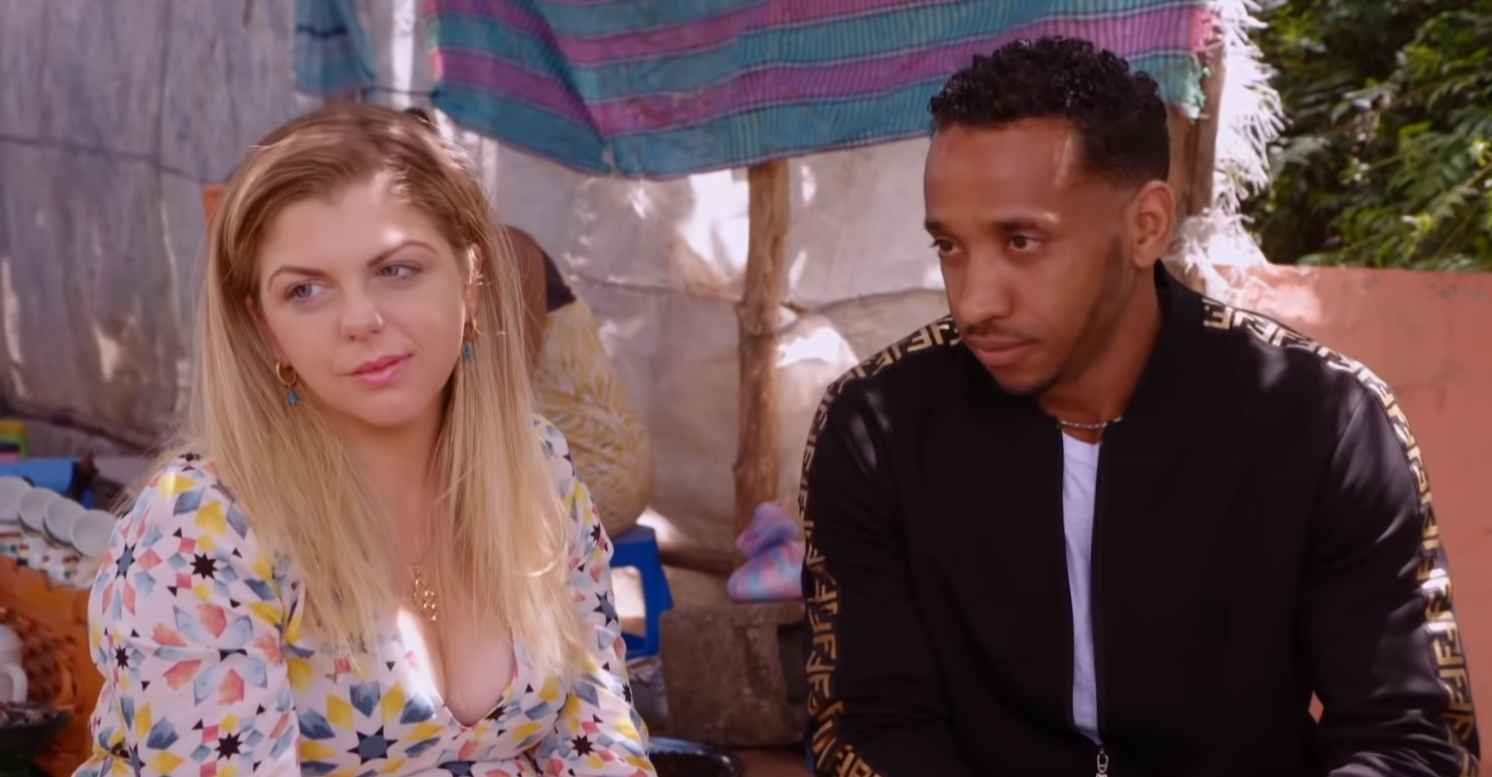 On 90 Day Fiancé: The Other Way on Monday, Ariela’s mom, Janice, seeks reassurance for her daughter. She wants to know why Biniyam’s first marriage to an American woman failed. Biniyam has been married to an American and they have a child together, but Biniyam no longer sees them. Janice wants to know why. Moreover, she also wants to ensure it is safe for her daughter to give birth in Ethiopia and that she will have a proper home.

Is the truth being lost in translation? Or is Biniyam, 29, trying to avoid something in the latest meeting with Ariela’s mom, Janice. It certainly was uncomfortable all around. Janice has traveled with Ariela, 28, to Ethiopia to ensure it is safe for her and her baby. So far, the apartment Biniyam has picked out for them is disappointing, to say the least.

However, there is some good news, as Janice, who works as a nurse herself, is pleasantly surprised at the local hospital. She is impressed by its level of organization and care. However, Janice does admit that part of her hoped the hospital wouldn’t be suitable, so she could pack her daughter Ariela up and take her home to New Jersey.

"If it was bad, maybe I could take her home" #90DayFiance pic.twitter.com/8XhzAyBxuN

While happy about the hospital, Janice later tries to get information out of Biniyam about his former marriage to an American woman. The TLC reality star seems to have trouble expressing himself, saying he was “confused” as to why she left. Biniyam then says something about the woman being upset because he talked to another woman, who was a friend.

The 90 Day Fiancé star then tells Janice he is sorry. As noted by ET, Janice wants to know why he is sorry if he didn’t do anything wrong? Biniyam insists he has done nothing wrong and that she left and blocked him. He did, however, tell the cameras that he has problems communicating with Janice and answering her many questions.

On top of that, Ariela did note that her mom, Janice, can tend to be intimidating. This is because she doesn’t have a lot of patience. According to Ariela, you need a lot of patience talking in English with Biniyam.

Later in the episode, Janice can be heard bluntly asking Biniyam if he is using Ariela to move to America. She points out he was married to an American. Janice says he found another American and is having a baby with her. Is this his plan all along – to move to the United States? Biniyam denies this, but Ariela starts having doubts about her life in Ethiopia and giving birth to their baby. This is especially so when Janice starts grilling Biniyam about how he plans to support the family.

Ariela tells the camera that she is “feeling overwhelmed.” She realizes they haven’t established themselves properly. Neither she nor Biniyam is really sure what they need to spend their money on. Ariela is concerned that the financial burden will fall on her. She says she supports herself doing mainly freelance writing and editing. The last thing Ariela wants is to be dependent on her parents.

In the preview of next Monday’s episode of 90 Day Fiancé: The Other Way, Janice is continuing her barrage of questions. While watching video footage of Biniyam dancing with an attractive woman, Janice asks who this is. Ariela tells Janice it was his ex-girlfriend. Janice cynically tells Ariela to “watch out.” She can imagine long nights of Ariela caring for their baby while Biniyam is out dancing with his ex-girlfriend.

Catch the next episode of 90 Day Fiancé: The Other Way on TLC, Mondays at 9/8c to find out what happens next.