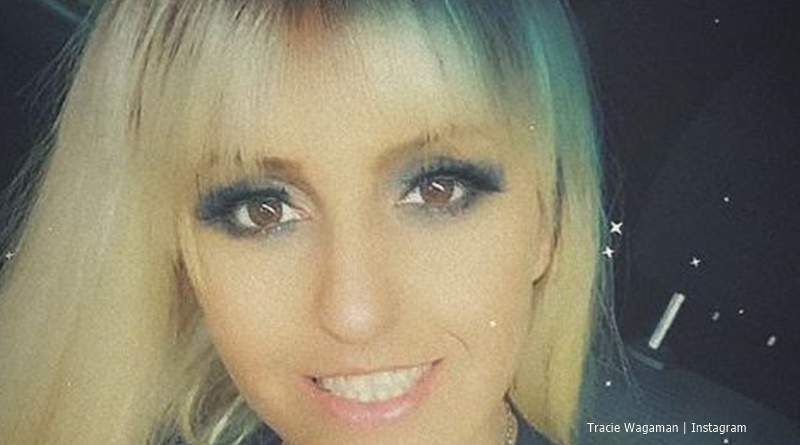 Love After Lockup fans know that Tracey Wagaman won some money at a casino in Albuquerque. Obviously, that went down very well with her. And, fans thought she decided on a career gambling on the slots. Later, she promised she would go to Las Vegas. And, she arrived there, all excited about a week ago. But, while she seems happy enough there, it looks like she’s not winning in the Nevada casinos.

On Monday, Tracie took to Instagram and shared a photo of herself. She looks very attractive these days, her fans think.  She captioned it with, “Just wanted to say ‘good morning!” One fan asked her if she wins in Las Vegas. But, Tracie replied, saying, “not really!” Nevertheless, it looks like she remains in the city for the time being. She told another fan who asked that she’s still there. But if she feels bad about not winning so far, she looks great, her fan think.

Big smiles and clear eyes speak of a sober Tracie, and fans of Love After Lockup love that. One fan wrote, “Beautiful! Amazing eyes 💕.” Then, another one commented, “Wow you’re so pretty here! Please stay away from the drugs girl you look so healthy without them in your life ♥️.” In fact, she looks so good that several businesses reached out asking for collabs. In the last year or so, Tracie Wagaman came a long way from the sad girl who ended up with no place to ago after checking out of rehab early.

Tracie looks better off without Clint

Tracie found out that Clint communicated with a 20-tear-old, Starcasm reported. Allegedly, he hoped for a bit of rumpy-pumpy. She also noted that he talked about marijuana. Many of her fans think that Clint enabled her addictions. That’s despite his mom thinking him Mr. Innocent. Well, fans know they split, and Tracie said on Instagram that their divorce is currently in progress. And, she sounds like there’s no going back for her.

Nevertheless, Love After Lockup fans fear that Tracie might slip and fall from staying sober. Without Clint, perhaps she stands more of a chance of sticking with her sobriety. But, Las Vegas really seems like a risky place, people agree. Genuine fans love Tracie Wagaman and admire her. And, none of them wish to see an awful outcome ever again. Too many times, they saw her looking terrible in her mugshots. It’s quite nice to see that other castmembers of the WEtv show reach out and tell her they hope she stays safe, as well. Lizzie Kommes was one of them, and she commented, “Good morning beautiful 🦋🦋🦋.”

What do you think of Tracie Wagaman still remaining in Las Vegas despite not winning in the casinos there? Sound off in the comments below.